Erdoğan's presidential campaign logo: The light at the end of the tunnel 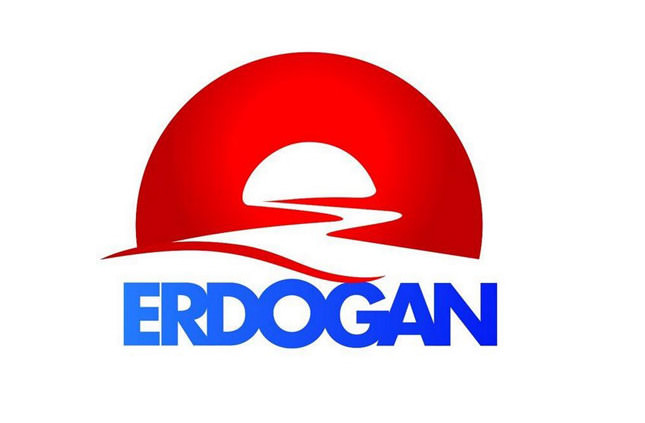 by Daily Sabah Jul 02, 2014 12:00 am
Prime Minister Recep Tayyip Erdoğan, as the AK Party's presidential candidate, picked a logo, where the drawing at the bottom symbolizes a long winding road leading to a circular shape that represents the sun.

Turkey witnessed a historic day with the announcement of AK Party's presidential candidate as Turkish Prime Minister Recep Tayyip Erdoğan yesterday. The presidential election process breaks new ground as Turkey holds its breath to elect the president by a popular vote, an unprecedented move in Turkish politics. Erdoğan, throwing his hat in the presidential race, was announced with a new presidential campaign logo meaning "the light at the end of the tunnel."

Erdoğan's logo features a sun with a circular shape of the Erdoğan logo following the outline of a tunnel. It is asserting that the sun means the light at the end of the tunnel while the challenging and winding road leading to the sun symbolizes Erdoğan's life journey, which has its shares of ups and downs. The colors on the logo and the typography of "Erdoğan" are considered to be the attributes of the nation's union, strength of character, peace, sincerity, reliability and political charisma. Official mottos of "National will, national power" and "Man of the nation, Recep Tayyip Erdoğan" will be used as part of Erdoğan's presidential election campaign.
Last Update: Jul 02, 2014 3:11 am
RELATED TOPICS