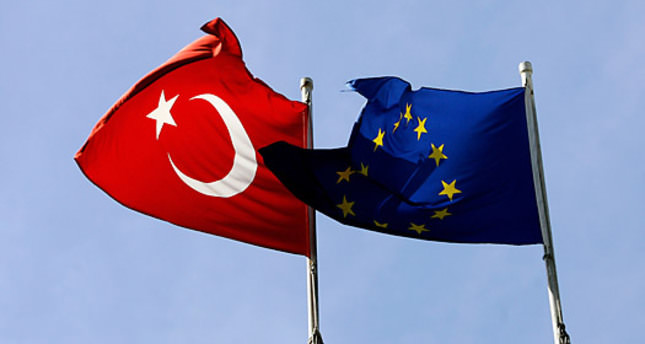 The European Union has praised Turkish government for submitting a bill that will advance the reconciliation process aiming to end the decades-long conflict in the southeast.

Turkey's ruling Justice and Development Party (AK Party) government sent a bill to Parliament on Thursday giving its peace process with the PKK a legal framework, a step that will advance the reconciliation process. The bill, described by jailed PKK leader Abdullah Öcalan as "historic," is the first time Turkey officially announced that it wants the PKK to lay down its arms and militants to rejoin their families. The reconciliation process is about putting weapons aside and choosing words, thoughts and politics, the bill said. "The new law should provide a stronger legal basis for talks and can make a positive contribution to stability and human rights in Turkey. The EU supports these efforts towards a sustainable peace" said the spokespersons of EU High Representative Catherine Ashton and EU Enlargement Commissioner Stefan Füle, in a joint statement.

To show its determination regarding the process, the government will appoint certain institutions or individuals to have a dialogue with Kurdish circles both in the country and abroad, the bill highlighted.

The draft legislation protects anyone involved in the talks from prosecution over insurgency by the PKK. It also makes it the government's responsibility to rehabilitate militants who lay down their weapons. The government has initiated the reconciliation process in efforts to resolve the issue and talks between the government and Öcalan have proved effective with a ceasefire declared in March 2013 as they have ended a 30-year old insurgency which killed over 40,000 people.