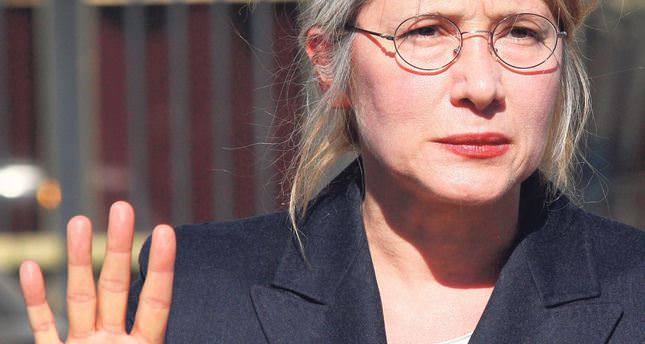 Turkey's main opposition parties, the secularist Republican People's Party (CHP) and the Nationalist Movement Party (MHP) two weeks ago announced former Secretary-General of the Organization of Islamic Cooperation (OIC) Ekmeleddin İhsanoğlu as their joint candidate. He is considered to be a more inclusive and apolitical presidential candidate by the opposition, yet his candidacy was met with animadversion from the CHP's secularist members that stirred up the CHP's intraparty conflict that started after the party's failure in the March 30 local elections.

İhsanoğlu is a Turkish academic, diplomat. His family left for Egypt as a reaction to Mustafa Kemal Atatürk's attempts to transform and secularize Turkish society through abolishing traditional Islamic institutions and establishing anti-Islamic policies. Born in Egypt in 1943, İhsanoğlu's academic works focused on history of science, Turkish culture, the Islamic world, Western relations and Turkish-Arab relations. He studied science at Ain Shams University in Cairo, where he received his Bachelor of Science degree in 1966. He remained in Cairo and obtained his Master of Science degree in 1970 from Al-Azhar University. İhsanoğlu received his PhD from the Faculty of Science at Ankara University in 1974.

CHP deputy Emine Ülker Tarhan stood against İhsanoğlu's candidacy and harshly criticized the CHP administration. She wanted to be nominated for the presidency by the secularists in the CHP - however, she could not acquire the necessary signatures for nomination. In a press statement, Tarhan thanked everyone including her colleagues, artists, intellectuals and CHP supporters for considering her as a nominee. In the statement, Tarhan, who is respected by many CHP members due to her strong stance on supporting Atatürk's secular and Western reforms, said that she did not support İhsanoğlu's candidacy and did not sign the document for his official registration. As the reason behind her lack of support for İhsanoğlu, she said, "In a party which has to generate its power from democracy, the method of choosing the candidate was not transparent and democratic." She claimed that İhsanoğlu does not represent the essence of the CHP and was nominated against Erdoğan's black tone because of his grey tone. She said there must be space for the other in politics and people must not be forced to make a choice between the black and grey. She added that people whose tone is red must have a chance to be represented. Noting that the CHP has a tradition of exercising democratic politics, she said that the CHP's specialties of being reformist and pro-independence are harmed by the current administration.

Despite Tarhan's criticism against İhsanoğlu, four political parties yesterday pledged their support for İhsanoğlu. The CHP, MHP, Independent Turkey Party (BTP) and Democratic Left Party (DSP) have released a declaration saying that they will support İhsanoğlu. Although the Democratic Way Party (DYP) pledged support for İhsanoğlu, the party released a statement claiming that the other parties did not want to be allied with the DYP. As a result, the DYP will not support İhsanoğlu. These parties, other than the CHP and MHP were unable to receive more than 1 percent of the vote in the last election.