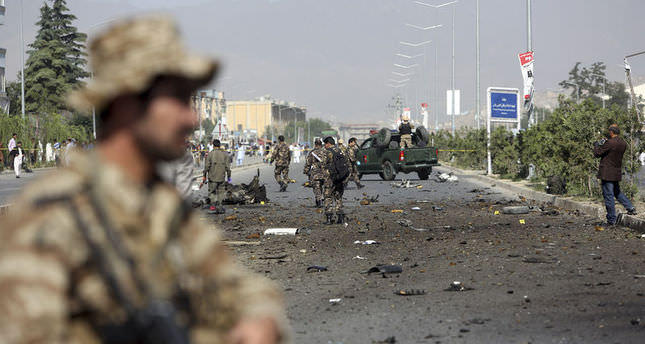 Turkey condemned the suicide attack in Kabul on Wednesday that killed at least seven people and injured 16 others.

The attack on the military bus reportedly took place near Kabul University. The Defense Ministry had earlier said in a statement that four members of the Afghan Air Force were killed and five others were injured in the bombing.

"We condemn these terror attacks which aim to destroy the stability and peace in the country, especially when the Afghan people need to have full unity during the transitional period," said a statement by Turkey's foreign ministry on Thursday.

Kabul police spokesman, Hashmatullah Stanikzai told Anadolu Agency on Wednesday that an investigation into the incident is continuing, and according to medical information, seven people were killed and 16 others are in a critical condition.

The Taliban claimed responsibility for the attack, Taliban spokesperson Zabihullah Mucahid said in a statement.

Power in Afghanistan is set to be transferred democratically for the first time in the country's history, from President Hamid Karzai to either Abdullah Abdullah or Ashraf Ghani, who ran in the election polls on 14 June.