Discussion to be held for AK party chairmanship 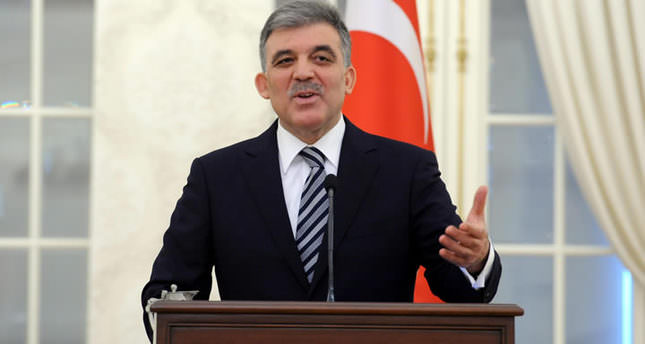 Turkish President Abdullah Gül, who went to see a photograph collection at a Greek school yesterday, was asked whether he has plans to become the head of the Justice and Development Party (AK Party) after Prime Minister Recep Tayyip Erdoğan leaves his post in the event he wins the upcoming presidential election. Gül told reporters, "I am one of the founders of the AK Party. When the day comes, my friends and I will discuss it."

Noting that Turkey is in the process of elections, he said this is not the best time to talk about these issues. Gül expressed his happiness about the Thursday release of 32 Turkish truck drivers who were held captive for more than three weeks in Iraq by the Islamic State of Iraq and al-Sham (ISIS) and added that government officials are doing their best to rescue the 49 consular staff that are still held by ISIS. Giving examples from previous occurrences in several regions of the world, Gül said, "Turkey is experienced on this issue. In Afghanistan, similar incidents happened and we have been successful."

The reporters asked him what was the main topic of the meeting with the opposition parties' joint candidate Ekmeleddin İhsanoğlu. Gül said he wished İhsanoğlu luck as he did Erdoğan. İhsanoğlu, as a part of his election campaign met with Gül last week.