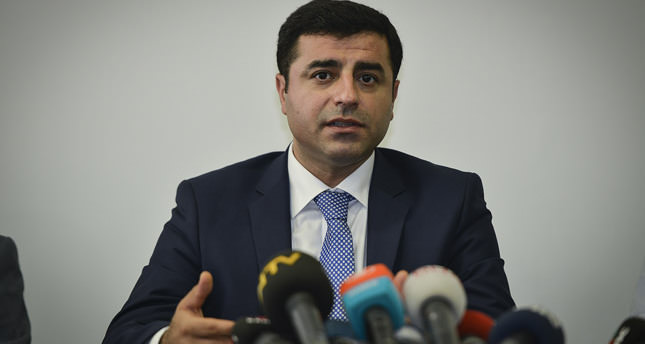 "The presidential candidacy of this PKK person, who has been nursing a grudge against our republic, is against the law. A deep investigation should be conducted against him," MHP leader said during his party's meeting in Ankara on Saturday.

Demirtaş's response came next day, where he said he is expecting opposition's joint presidential candidate to comment on MHP leader's words.

MHP is known with its strong objection against the reconciliation process that is aimed to end decades-long conflict in southeast Turkey by disarming the PKK. On the other hand, the BDP is accused of bringing difficulties during this crucial process.

According to major public research companies' surveys Demirtaş receives around 8-10 percent public support for his presidential candidacy and İhsanoğlu is getting around 35 to 40 percent. Until today, all polls showed that Prime Minister Recep Tayyip Erdoğan will get above 50 percent in the first round of the elections and thus there will be no need for a second round.