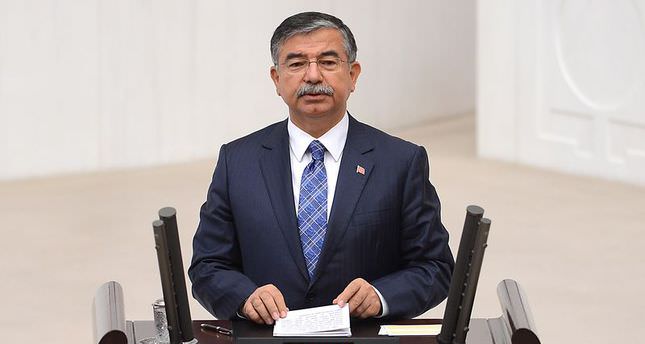 by Daily Sabah Jul 08, 2014 12:00 am
İsmet Yılmaz, the Minister of Defense in a press statement on Tuesday has stated that shortened military service through payment was not in their agenda.

In response to a question about if the ministry was preparing to transform the armed forces into a professional one, Yılmaz stated one third of the Turkish Armed Forces was made up of professional staff and noted the most suitable system for Turkey was a mixed one. Yılmaz also expressed the ratio would be adjusted according to the needs and demands of the country while stating the Turkish Armed Forces is planning a restructuring project for 2033. Answering questions about forestallment and harassment fire by PKK militants against soldiers, Yılmaz claimed they were only minor details and there was an overall atmosphere of peace everywhere. He also refuted allegations put forth by media outlets that Necdet Özel, Chief of General Staff would resign in the upcoming days.