Turkey attempted to evacuate the consulate in Mosul 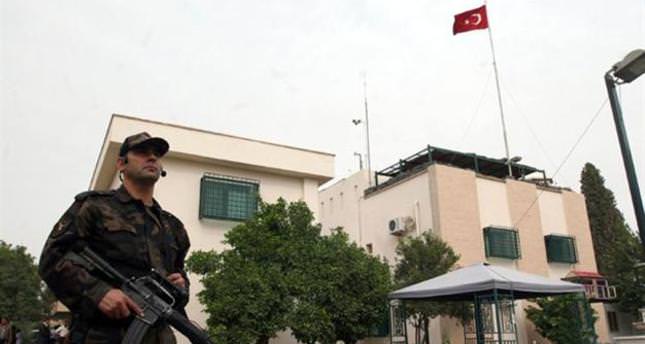 by Yusuf Selman İnanç Jul 09, 2014 12:00 am
A Turkish internet newspaper, T24, claimed on Monday that Turkey's Foreign Minister, Ahmet Davutoğlu, ignored the warnings issued by the Intelligence Service head, Hakan Fidan, over the immediate evacuation of its consulate staff in Mosul last month causing the kidnapping of 49 embassy staff including the consulate.

The militants of Islamic State of Iraq and al-Sham (ISIS) raided Turkey's embassy on June 11, after it captured Mosul.

Last week ISIS released the 32 Turkish truck drivers who were also abducted in Mosul. Yet, the organization still holds the consulate staff captive.
In Turkey, fear and limited frustration grew over the unsolved situation. Also there is limited information flow on the abductees. The ambiguity of the situation paves the way for speculations and disinformation.

The newspaper, T24, claimed that they have spoken to an official and the official gave the information of the dispute between Fidan and Davutoğlu.
Daily Sabah has also spoken to a source in the Prime Ministry over the abductees and asked if the allegations were correct. The source clearly stated that the claims were wrong and inaccurate. The source said "a week before ISIS captured Mosul, Foreign Ministry told the consul to leave the city and evacuate the consulate.

Yet, the consulate staff did not predict that ISIS would be that quick to capture the city and that Iraqi army soldiers would surrender the city without even firing a bullet." When asked whether there was negligence made by either Ankara or the consulate, the source said the staff was a bit late. But he repeated that they could not predict that the incident would happen so quickly.

Referring to the media ban over the matter, the source said "When ISIS abducted the consulate staff, they were going to release them the same evening. But, the more news was published in the Turkish and international media, the slower the process was. ISIS in a few days understood the value of the Turkish abductees as Turkey is a NATO member and very sensitive about its citizens. We were expecting their release in the first week."