Alevi reform to top Erdoğan's agenda if he wins presidency 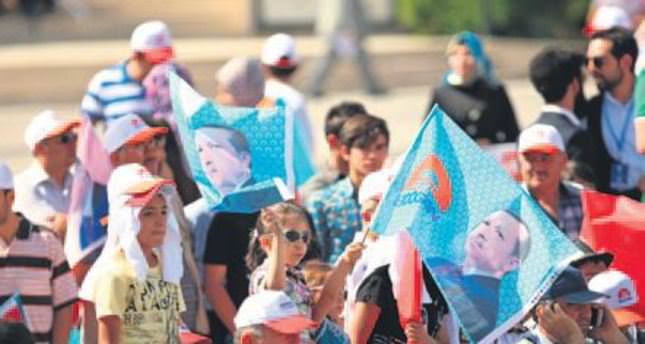 by Daily Sabah Jul 11, 2014 12:00 am
Turkish Prime Minister and AK Party presidential candidate Recep Tayyip Erdoğan is expected to convene with members of Alevi nongovernmental organizations and leading figures at Alevi foundations on July 22 in Ankara. This meeting is considered a sign that Erdoğan will quickly pursue the Alevi opening, in reference to a series of possible reforms to address the communities' grievances against the state, if he takes the presidential seat.
At next week's iftar meeting, Erdoğan and Alevi figures are expected to discuss a planned draft bill which will address Turkey's long-continued Alevi issue.

The Alevi opening was put on the agenda of the government as part of the Sept. 30 democratization package, but later the opening was postponed on the grounds that there was no institution to represent Alevis in Turkey. Should Erdoğan be elected president, many expect that the decades-long issues regarding the Alevis will reach a conclusion and new amendments will be made regarding the representation of Alevi communities.

The Alevi opening also aims to end disputes over Cemevis, which are places of special importance to Alevi communities. The decision on whether Cemevis will be regarded as places of worship will be made by the Turkish Directorate of Religious Affairs.
RELATED TOPICS