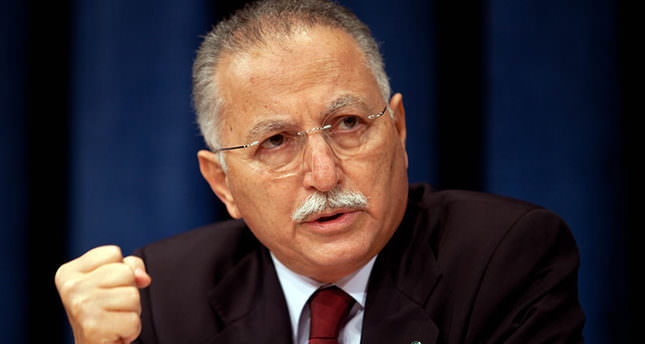 The opposition parties declared that their candidate would be an "impartial statesman," while Prime Minister Erdoğan said, "I will not be an impartial president," and added: "There are two sides. The first one is the nation and the second one is the state. There will be a president who takes the side of the nation. This is the difference. That is what both Turkey and our democracy needs." In his early explanations in the pre-election period, Erdoğan also pointed out the need for a strong and politically responsive president. After these statements, Erdoğan received harsh criticism from the opposition parties. İhsanoğlu, the joint candidate of the main opposition, also emphasized a politically strong president too. On Thursday, İhsanoğlu responded to a question from a member of the press, saying, "The election of the president by the people for the first time will increase the political power of the presidential chair, and this will reflect practices."

On Thursday, İhsanoğlu declared, "I am the presidential candidate of all people." In his press conference, he announced his presidential campaign motto as "Ekmek için Ekmeleddin," which means "vote Ekmeleddin, for Bread." He emphasized that bread is something "divine" in the eyes of the public and symbolized the social inclusiveness of his candidacy.

In his speech, İhsanoğlu touched upon poverty issues in Turkey. "Wherever I go, I encounter people complaining about credit card debt that keeps increasing as interest adds up" said İhsanoğlu. He also underlined that the huge gap between poor and rich is Turkey's biggest problem and should be solved collectively, regardless of political differences.

İhsanoğlu did not answer all of the critical questions at his press conference. He avoided a question about his infamous picture with Türk Solu (a ultra-nationalist leftist magazine meaning Turkish Left) posted on İstiklal Street. İhsanoğlu kept his silence on a question about his opinion of the government and intelligence officials' talks with PKK leader Abdullah Öcalan, who is jailed on İmralı Island off the coast of Istanbul.

Aug. 10 will be a milestone for Turkish politics. Three candidates, Erdoğan, İhsanoğlu and Selahattin Demirtaş, will compete with each other for the presidential chair. People will go to polls for the first time to elect their president. The people of Turkey voted for their right to elect their president in a 2007 referendum.
Last Update: Jul 12, 2014 2:27 am
RELATED TOPICS