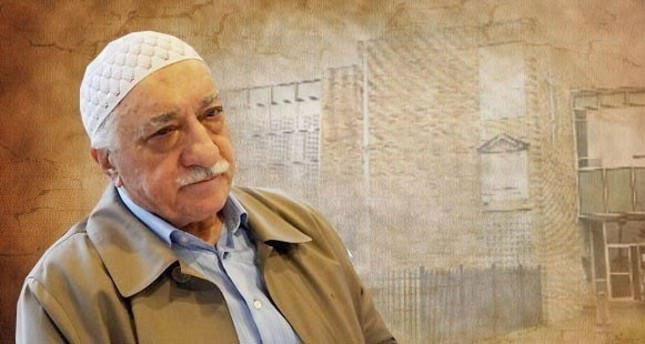 by Mehmet Akif Madenoğlu Jul 11, 2014 12:00 am
Today Turkey's political agenda focused on the reconciliation process, after the presidential election which will be held on August 10.
Turkish Parliament on July 10 adopted the bill, offering solutions for the reconciliation to end the Kurdish issue. This step can be viewed as a result of current political developments and the normalization of politics. Just months after the Dec.17 operation carried out by the Gülen Movement to topple the government, Deputy Prime Minister Beşir Ataly pointed out, "As the Gülen Movement loses power, the reconciliation process accelerates."

Public opinion indicates that arrests and prison sentences resulting from cases such as Sledgehammer and Ergenekon were illegally conducted by members of the Gülen Movement that had infiltrated the police and judiciary. The Gülen Movement, headed by controversial U.S.-based imam Fethullah Gülen, aimed to keep political tension high to deepen political fragmentation in the country, according to government sources. Malevolent Gülen-linked media outlets' attitude toward the reconciliation process strengthens the idea that the Gülen Movement and its mechanisms seek to disrupt the reconciliation process. Yet, recent developments and Prime Minister Recep Tayyip Erdoğan's decisive stance against the movement was seemingly debilitating. From March 2014 until today, Special Courts has been annulled, suspects in the Kurdistan Communities Union (KCK) trial were released, the length of pre-trial detention was reduced, the defendants in the Sledgehammer and Ergenekon trials were released and the draft bill, which would be a milestone in the reconciliation process, was approved by Parliament's Internal Affairs Commission last week.

Important figures in the Ergenekon and Sledgehammer trials blamed and emphasized the danger of the Gülen Movement in statements after their releases. Former Police Chief Hanefi Avcı stated, "This organization, which is called the Gülen Movement, makes a lot of people suffer, and the latest victim of this suffering is the government." He added, "Innocent people suffered in cases like Ergenekon and Sledgehammer due to the presence of the Gülen Movement in both the judiciary and police." Similarly, retired Colonel Dursun Çiçek, in his first statement after being released underlined the threat posed by the Gülen Movement saying: "This gang, which dares to place a bug in the prime minister's office to wiretap him, is behind the plot against me in which they copied my signature. This is what I tried to explain all the time." The two famous journalists, Ahmet Şık and Nedim Şener, have also made similar statements.

As the reformation process gains momentum following debilitation on the Gülen Movement, Prime Minister Erdoğan frequently emphasizes that "there are still infiltrating Gülenists in judiciary," and points out that the Gülenist danger for the government has not yet disappeared completely.