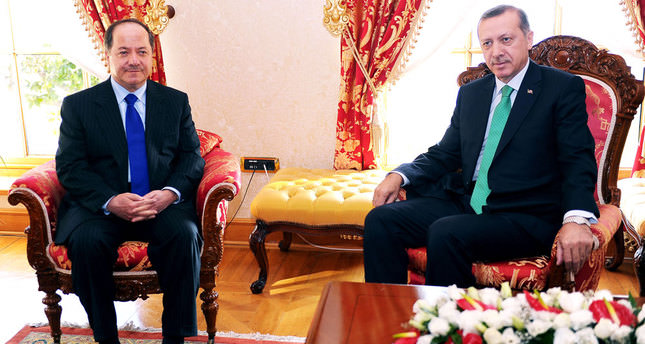 by Jul 14, 2014 12:00 am
The president of Iraq's autonomous Kurdish region is scheduled to meet Turkish leaders on Monday as Ankara keeps a close eye on moves for an independent Iraqi Kurdistan amid the chaos in its conflict-torn neighbor.

Massud Barzani is due to meet President Abdullah Gül and Prime Minister Recep Tayyip Erdoğan in the capital Ankara in separate meetings. The visit comes as lightening gains by the self-proclaimed Islamic State of Iraq and the Levant (ISIL) in Iraq have alarmed countries in the region and sparked calls for Kurdish autonomy to counter the radical threat.

In an interview this month, Barzani said Iraq's Kurds would hold an independence referendum within months, adding that the time was right for a vote as Iraq was already effectively divided by ISIS's actions in Iraq.

Turkey has said it is committed to the territorial integrity of Iraq and officially remains opposed to the notion of Kurdish independence.

But in recent years, Ankara has enjoyed burgeoning trade ties with Iraq's Kurdistan region while Erdoğan has also moved to end the conflict at home and grant Turkey's Kurds greater rights.

In May, Turkey began exporting oil supplies from Iraqi Kurdistan to international markets, drawing the ire of the central government in Baghdad.