Next week in Parliament 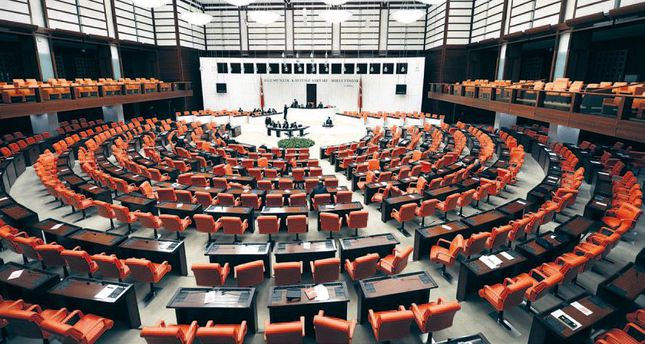 by Daily Sabah Jul 14, 2014 12:00 am
This week the Turkish Parliament will convene on Tuesday and discuss the 150 article, an omnibus bill that in includes amendments to improve the rights of miners. Last week the planning and budget commission approved an omnibus bill after a 37 day marathon of debate, and this week the general assembly expect to discuss and ratify the bill.

The bill regulates the weekly working hours of miners, with a maximum of 36 hours, and reduces the retirement age for mine workers from 55 to 50 and lower their working hours from eight hours to six hours. The bill will restructure unpaid cus toms duties, fines, social security debts and taxes and also allow the Ministry of Edu cation to assign 36,000 new teachers before the end of this year.

This week the ruling AK Party and opposition parties CHP and HDP will have their weekly parliamentary group meeting on Tuesday, however op position party MHP will not have a group meeting. Israel's recent attack on Gaza and upcoming presidential election are expect ed to be at the top of the agenda of the polit ical parties at group meetings.

The agenda for meetings of internal and external devel opments in the last presidential elections, as well as criticism of the weighted test and evaluation will take place. The Turkish Par liament is expected to ratify the bills on its agenda before July 25 when the Parliament is scheduled to take its summer recess