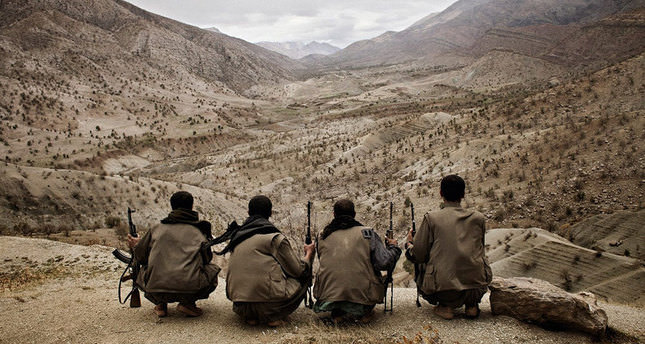 by AA Jul 16, 2014 12:00 am
A reform to support Turkey's 'solution process' in the decades-old Kurdish conflict has come into effect, the government's Official Gazette has reported.

From Tuesday night, the bill to "end terrorism and strengthen social integration" will provide a framework for the government to negotiate with the PKK.

The six-article draft bill to rekindle an ongoing initiative to end violence and improve minority rights was passed by the Turkish assembly on July 10 and ratified by President Abdullah Gül on Tuesday.

"The new legislation to boost the Kurdish solution process will open a new door to end terrorism," Prime Minister Recep Tayyip Erdoğan said last week as he presented his manifesto in Istanbul. Erdoğan is the ruling Justice and Development Party's (Ak Party) candidate in next month's presidential election.

As well as the ruling party, deputies from the main opposition Republican People's Party (CHP) and pro-P voted in favor of the bill. It was strongly opposed by the Nationalist Movement Party (MHP), who claimed it was a tactic to win Kurdish votes.

Turkey's solution process began early last year with a ceasefire between the government and the PKK, listed as a terrorist organization in the U.S. and EU. For reasons of political sensitivity the PKK is not named in the new legislation.

The bill comprises the following measures:

The government is to determine the necessary political, judicial, socio-economic and cultural steps to be taken to end terrorism and strengthen social cohesion.

It allows the government to assign authority to those who "make contact, establish dialogue and meet with individuals, institutions and organizations both inside and outside the country."

It provides a pathway for those who disarm to return home and be reintegrated into society.

It will provide the public with fast and accurate information about the process.

It will monitor the outcomes and coordinate with the relevant groups and institutions.

Necessary works will be done to introduce new legislation if necessary.