Scandal ridden Gülen schools spark disturbance amongst parents in US 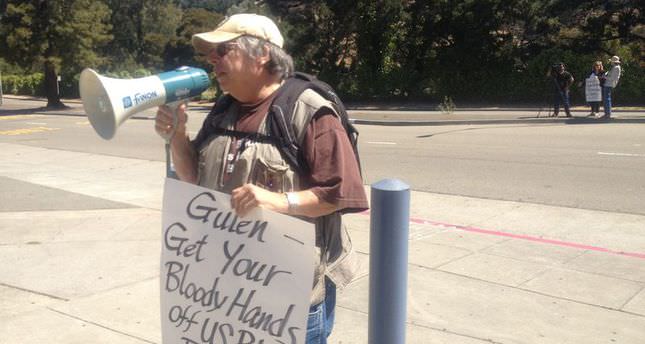 by Ragıp Soylu Jul 16, 2014 12:00 am
A series of teachers' testimonies in front of the Ohio Board of Education unleashed dramatic problems related to Gülen-tied charter schools and led an immediate investigation of 19 Horizon Schools in the state. Former teachers from the Horizon Science Academy Dayton High School claimed that the school was the center of test cheating, sexual misconduct, attendance tampering, racism and unequal student treatment for many years.

Kellie Kochensparger, a teacher having worked with Horizon until last year, told the board that school administrators had failed to tell parents that there was sexual misconduct when they suspended a number of students. Instead administrators explained parents that the suspension of the students was due to the fact that they were outside of their assigned areas.

According to the written statements of the teachers, racism and sexism were other issues that they had to deal with during their daily routine with school officials.

Tim Neary, another professional who taught for two years at the school, argued that racism and sexism were common at Horizon Science Academy. "There was no professionalism toward women. It was almost gross how they'd talk to women. Asking questions that could get you fired, especially if you were a woman. The majority of the people fired were women." she added.

Other testimonies of Turkish teachers' treatment of black students explained that many of the teachers called them "monkey" and "dog" in Turkish and punished black kids more severely than their Turkish friends. Some teachers said they had been afraid to come forward before finding new jobs. Teachers also cited the incompetency of emigrated Turkish colleagues numerous times and pointed out that school administrators weren't acting based on common testing rules and tampered results.

According to the Columbus Dispatch's report, after listening to what had been happening in the school, members of the Ohio Board of Education were "outraged" and "disgusted." "Inside, my blood is boiling," said Deborah Cain, a board member from Uniontown. "It is almost incomprehensible."

Most recently, two charter schools (Magnolia Charter Schools 6 and 7) affiliated with the Gülen Movement in Los Angeles have been ordered to be shut down when they were denied a renewal of their four-year contract with the LA School District Charter School Division following an internal fiscal audit report by the district's Inspector General. Another charter school affiliated with the movement was shut down in 2011 for bribery charges.

The movement is led by a controversial imam living in rural Pennsylvania in self-imposed exile, who is at odds with the Turkish government over the influence he wields inside the Turkish police forces and top judiciary. Prime Minister Recep Tayyip Erdoğan recently requested the extradition of Fethullah Gülen both privately and publicly from the Obama administration and accused Gülen of plotting a judicial coup against the Turkish government before the local elections last March.