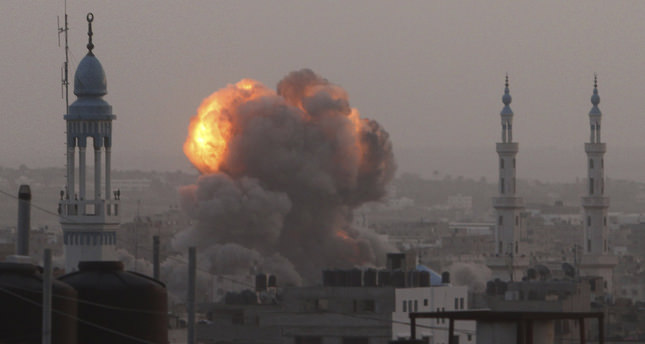 by Daily Sabah Jul 17, 2014 12:00 am
The Turkish Directorate of Regional Affairs is scheduled to host a conference for Islamic scholars in Istanbul today to stand against the extremism and violence that is dominating the Middle East. Titled "World Islamic Scholars Peace, Moderation and Commonsense Initiative," the conference will host Islamic scholars from 32 different countries. Scholars and muftis from Bosnia and Herzegovina, Japan, Iraq, Russia, Italy, Somalia and Bulgaria are expected to take part in the conference. It will be held from July 17 to July 19 and Turkish President Abdullah Gül, Prime Minister Recep Tayyip Erdoğan and Foreign Minister Ahmet Davutoğlu are expected to attend. A statement to stop the bloodshed in the region is expected to be released following the conference.

While promoting an initiative calling on the Islamic world to end bloodshed and chaos in the region, especially during the holy month of Ramadan, the Turkish Directorate of Regional Affairs said in a written statement that condemning the clashes in Iraq and Syria is not enough. The statement says that Islamic scholars and Muslim wise men should immediately work to bring an end to violence in the region.

The Middle East has been dragged into sectarian chaos after the Islamic State of Iraq and al-Sham captured several cities in Iraq and started murdering people of different sects, including Shiites and some Sunnis. Erdoğan also stressed the importance of remaining neutral and not being in favor of any kind of sectarian dispute.
RELATED TOPICS