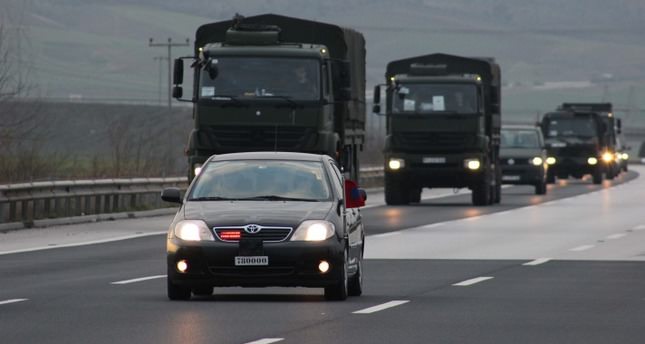 by AA Jul 17, 2014 12:00 am
The head of NATO's land command said Tuesday that Turkey is shouldering a large burden; with conflict tearing apart neighboring Syria and the increasingly threatening Islamic State of Iraq and al-Sham militants destabilizing both Syria and Iraq. "We obviously are watching very carefully, and closely, what's happening in Syria, both in terms of Syrian forces against the various opposition groups, and ISIS itself, what it's trying to do to gain control over northern Syria and western Iraq," Lieutenant General Frederick Hodges, NATO's allied land command chief told Anadolu Agency. "Absolutely, were Turkey attacked, the rest of the alliance would be there to support."

Still, he said that it does not appear that Turkey requires additional material assistance at present, aside from the continued presence of NATO's Patriot missile batteries. Now in its fourth year, Syria's ongoing conflict has begun to present threats far beyond its borders. The movement of fighters from the west to Syria has stoked fears in Europe that those who return will be experienced militants, said Hodges. Still, he said: "Turkey is doing all the right things to reduce, disrupt and stop that flow."

An increasingly assertive Russia is also posing challenges to Turkey's north. Hodges cautioned that Russia's annexation of the Crimean peninsula may encourage other nationalist groups in eastern Europe to follow suit, and "if they see that Russia is not stopped from this, if the West tolerates it or just accepts it then potentially that inspires other smaller groups to try and change borders as well."

The annexation of Crimea alone further shifts Russia's territorial water boundary westward potentially presenting the Kremlin with access to possibly significant oil and gas deposits in the Black Sea, said Hodges. And indeed, Russia has proven more assertive in the Black Sea region, according to Hodges. "You've seen an increase in air policing by the nations around the Black Sea, because Russia is constantly testing how close they can get to Turkey before there is a response," he said. "The alliance has increased its vigilance a little bit. Turkey has always been very vigilant, but you're seeing other nations now participate in that as well."
RELATED TOPICS