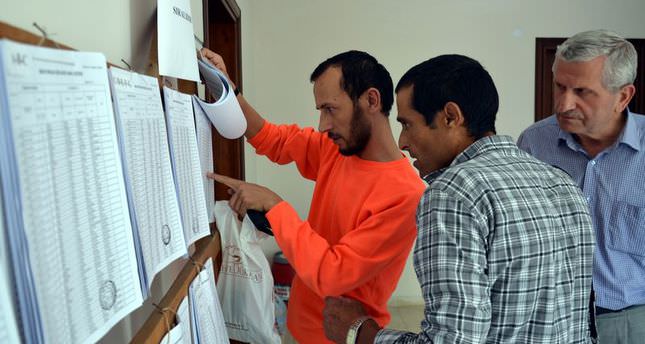 There are few campaign banners hung on the streets. No campaign buses are to be seen. No harsh words have yet been exchanged. The atmosphere in the Turkey's presidential race which began on Friday, is relatively calm compared to the bruising local elections held in March.

The vote to elect the 12th president of the Republic of Turkey will be held on August 10. This marks the first time Turkey's president will be elected by direct popular vote. The president has previously been chosen by parliament.

This calm is because of an "unbalanced" election process, according to some analysts who claim that current prime minister-Recep Tayyip Erdoğan -60- has an important advantage in the polls, as he is a high-profile figure who knows how to 'play the game'. As a veteran politician, he has strong rhetorical skills and several decades of political experience under his belt.

Ekmeleddin İhsanoğlu, 71, a joint candidate of Turkey's main opposition parties-the Republican People's Party and the Nationalist Movement Party-has an academic and scholarly background, and has not been a member of either party.

Born in Cairo, İhsanoğlu was a former secretary general of the Organization of Islamic Cooperation and has an international profile but is less skilled at the kind of hard political rhetoric deployed by Erdoğan.

"His campaign does not seem successful. There are no colorful and energetic materials in his campaign and he does not look organized. I think this must be because of lack of financial means," Sencar says.

Nationalist Movement Party deputy Professor Ruhsar Demirel told AA that this was an "unfair" election process, since the parties did not have time to organize.

"For example, everyone knew that the March election would be held in March five years ago but conditions for this election have just been designated. So that's why you see Erdoğan's banners in many places, because he is a prime minister, but you see less banners for our candidate."

She also claimed that the holy month of Ramadan, was another factor explaining the relatively rare public appearances by İhsanoğlu.

"We generally avoid holding rallies during Ramadan because it is not good to bring people together in this hot weather. We are running an election campaign in which our candidate is focusing on media appearances rather than holding rallies because of this month."

Forty-one-year old Selahattin Demirtaş is the third candidate in the race and is one of the leading figures in pro-Kurdish politics in Turkey. Nominated by the left-wing Peoples' Democracy Party or HDP, he hopes to win support from both Kurdish and non-Kurdish voters who support his liberal policies.

He also appeals to youth who do not support Erdogan's policies. His campaign is much more energetic with songs, banners and more positive language being used.

"Demirtaş is running a very interesting campaign. He is not using a language of conflict. Different from Erdoğan, he is staying away from disputes. I think he will be different from what people expect during this campaign process," says İhsan Aktaş, chairman of Istanbul-based research company, GENAR.

Another reason for the eerie calm is that the winner of the election is already clear, claims Aktaş.

"If the percentages between the rivals are very close [like one or three points], then motivation and tension will rise. But when we look at the existing situation, it seems Erdoğan will win the election. That's why the atmosphere is relatively calm."

It is also the first time that presidential candidates will be able to receive donations from individuals for their electoral campaigns. The highest donation per person is 9,000 Turkish liras - nearly US$4,000, the election board announced. Only Turkish citizens are able to donate, while foreigners, international institutions and corporations are barred from financial contributions.

Candidates are only able to use financial aid and money that is deposited into a bank account titled 'elections account' and reported to the board in advance. Money received as aid can only be spent for electoral purposes.

However, Turkish people are not used to making donations to political parties and it is not helpful for the parties during the campaign period, analysts claim.

"This is a good step but it will take time for people to get used to making donations to political parties," Aktaş says.

"I don't think it will bring a significant benefit for candidates right now because we, as Turkish people don't have that kind of tradition [like making donation to political parties]," MetroPOLL head Sencar says.

MHP politician Demirel also holds a similar view: "These kinds of practices have not been seen in Turkey before. People are not used to donating. We will see the result."