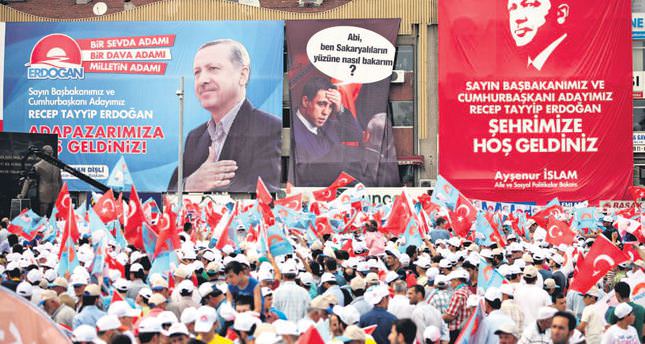 Prior to the upcoming presidential election in Turkey on Aug. 10, a six-member delegation from the Parliamentary Assembly of the Council of Europe (PACE), which is the oldest international parliamentary assembly and one of the leading institutions that provides election observation missions, will carry out a pre-electoral visit to Ankara from July 21 to July22 to assess the electoral framework and campaign.

The delegation of the Strasbourg-based assembly is expected to meet with Speaker of Parliament Cemil Çicek, Prime Minister and presidential candidate Recep Tayyip Erdoğan as well as the other candidates, Ekmelettin İhsanğlu and Selahattin Demirtaş and the Turkish delegation to PACE, representatives of the Supreme Board of Elections and the Radio and Television Supreme Council, representatives of the international community, civil society and the media. At the end of the visit the delegation will issue a statement on Tuesday, July 22.

Moreover, PACE also announced that its 30-member delegation, which consists of 49 member country will come back Turkey August 10 to observe
the presidential election. Regarding international election observers Turkey's EU Minister and former PACE President Mevlüt Çavuşoğlu, stated earlier that Turkey doesn't have any concern about election observation. "Turkey has got a good record on elections - PACE and the Organization for Security and Co-operation in Europe (OSCE) observed the previous elections in Turkey and reported that they were free and fair. I am confident that this election will be the same." Çavuşoğlu said.

The 2011 feneral elections were observed by the OSCE and PACE. The OSCE commented: "Turkey's well-managed, democratic elections demonstrated pluralism."

In addition to international organizations, citizen organizations also monitor elections in Turkey. The most common type of domestic election monitoring comes by way of party poll-watchers who are party members that are looking out for the interests of their party.
RELATED TOPICS