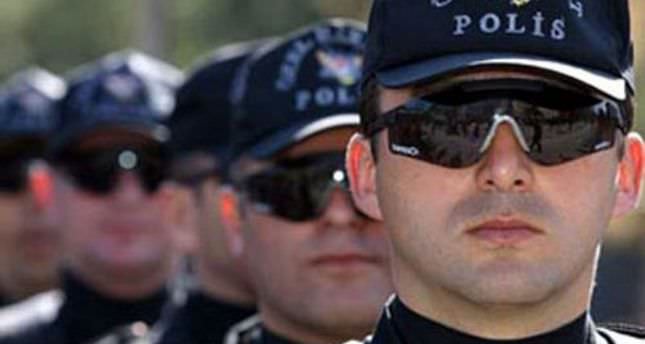 by Daily Sabah Jul 21, 2014 12:00 am
40 police officials allegedly having ties to the Gülen Movement have recently been dismissed from their profession based on a decision by the Interior Ministry's Supreme Disciplinary Board after the Dec. 17 attempt to topple the government.

According to reports, the highest amount of dismissals took place in Mersin with 20 police officials including Ali İhsan Kaya, the former director of intelligence.

Efkan Ala, the interior minister has stated that Mersin Police Department wiretapped the governor, security director and political party leaders in the city for a period of six months.

"This unlawful gang has conducted the wiretappings to redesign politics in the city in cooperation with their partners" said Ala, who condemned the incident.

Reports also suggest that files were prepared about police officials who have ties to the Gülen Movement and new dismissals may take place soon in Istanbul, Ankara, Mersin, İzmir and Adana.

Following the Dec. 17 Operation a series of investigations took place to liberate state institutions of Gülenist infiltrators. Some of these infiltrators such as Osman Hilmi Özel aka "Kozanlı Ömer" known as the movement's "imam" in the police forces went to South Africa to seek refuge after it was revealed that he had been working for the Gülen Movement.

The Gülen Movement led by Fethullah Gülen who currently resides in the US in a self-imposed exile is allegedly behind the wiretapping, release of fabricated tape recordings and wiretapping thousands of individuals including politicians, journalists, academics, NGO leaders and prominent figures through fabricated cases and court orders given by Gülenist agents within state institutions.

A series of fake tape recordings of Recep Tayyip Erdoğan and his son Bilal Erdoğan and numerous ministers and politicians have previously been published online prior to the March 30 local elections by agents affiliated with the Gülen Movement following the December 17 Operation.
The movement denies any involvement while Fethullah Gülen could be facing extradition charges in the case that he is convicted.