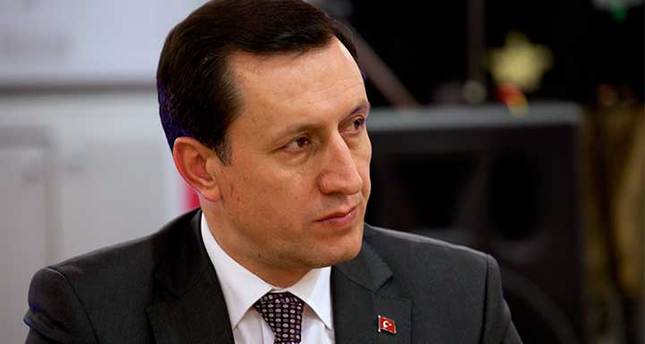 by Daily Sabah Jul 22, 2014 12:00 am
Deputy Prime Minister Emrullah İşler yesterday responded to Israeli Prime Minister Benjamin Netanyahu's accusation that Turkish Prime Minister Recep Tayyip Erdoğan's remark "We are against Hitler's atrocity, but we are also against terror states that follow Hitler's lead," was anti-Semitic. Netanyahu said during a telephone conversation with U.S. Secretary of State John Kerry over the weekend that the statement Erdoğan made on Saturday desecrated the memory of the Holocaust. İşler was quoted as saying, "[Netanyahu's accusations] are an indicator of despair and inability.

On Sunday, Erdoğan responded to U.S. spokeswoman Jen Psaki's criticism over his comments comparing Netanyahu to Adolf Hitler, saying, "Considering the death toll in Gaza, if the U.S. still asserts that Israel has a right to defend itself, the U.S. should self-criticize. The U.S. is the one being offensive."
Last Update: Jul 22, 2014 12:17 pm
RELATED TOPICS