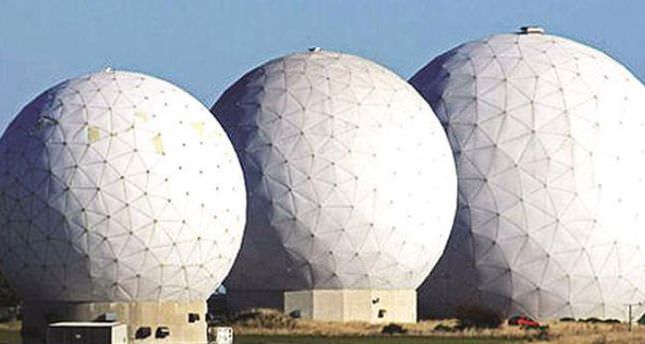 by Daily Sabah Jul 22, 2014 12:00 am
The Turkish Foreign Ministry has denied claims that it shares information with Israel from the Kürecik early warning radar system in the central province of Malatya, which is a component of NATO's missile defense system. "The NATO missile defense system and the Kürecik radar, one of its elements, was built for Turkey's national security with the aim of protecting people, territories and NATO ally forces," Foreign Ministry spokesperson Tanju Bilgiç said in reaction to claims made by Turkey's opposition parties. "It is impossible for this system to provide security to a non-NATO member, and as it is well-known, Israel is not a NATO member," he added. The missile interceptors in Romania and Poland work in coordination with the Kürecik radar station to broaden the defense of NATO allies against mid-range missiles.

On Thursday night, Israel stepped up its offensive to include ground operations, sending thousands of troops into the embattled Palestinian territory, increasing the death toll in Gaza to over 500. Turkey is one of the few countries which has publically opposed the latest round of Israeli aggression. Turkish Prime Minister Recep Tayyip Erdoğan recently stated that Israel has not been sincere in negotiating a normalization of relations with Turkey and has returned to its policies of brutality in Palestine. Erdoğan later slammed observers who said Turkey should remain impartial in the Palestine-Israel conflict, adding, "we are not impartial in the Palestinian cause and will never leave them alone."
Last Update: Jul 22, 2014 12:59 pm
RELATED TOPICS