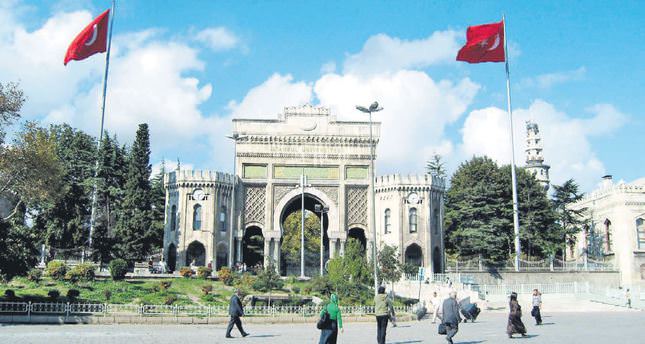 Turkish universities released a joint declaration vehemently condemning Israel's aggression on Gaza and announcing that they will cut off all cultural, academic and social relations with Israeli universities that fail to condemn the Israeli government

Turkey has been calling on the world to speak out against Israel's aggression in the Gaza Strip since the beginning of the attacks on Palestinian civilians, including women and children. The latest move to urge Israel to stop its "disproportionate use of force" and "massacring" of Gazans came from Turkish universities. Out of 179 Turkish universities, 87 of them yesterday released a joint declaration to vehemently condemn the attacks.

The declaration pledged that those 87 Turkish universities will use all means to raise awareness of Israeli aggression both in the national and international platforms and launch support and humanitarian aid campaigns at the universities to support Palestinians. "We will use all means to convict [members of the] Israeli government to indemnity for the oppressed Palestinian civilians who lost their lives in the Gaza Strip. We will be a close follower of those Israeli officials who ordered the massacres in Gaza and we will not stop until they are held accountable by international law," stated the declaration.

The declaration also emphasized that Palestinians, who are trapped in their own lands, will be supported by Turkish universities until an independent Palestinian state is established. The declaration accused the entire world for being negligent regarding the Israeli massacres in Gaza and that those who turn a blind eye to the massacres share Israel's culpability.

The declaration also harshly criticized the failure and inability of the Islamic world to unite to stand against the violent Israeli attacks. Describing the attacks as a violation of international law, the declaration said that the U.N., U.S., EU and Arabic countries openly support the Israeli government and that their support has led the Israeli government to attack more Palestinian civilians.

The U.S.-based website electronicintifada. net, which has been reporting on the July 17 Israeli offensive, published an open letter to Israeli academics written by Haim Bresheeth, a film scholar at the School of Oriental and African Studies (SOAS), University of London, urging them to take action against the Israeli state's aggression. "We invite you, as fellow academics and intellectuals, to join our voices in an open and resounding protest against these war crimes by the Israeli government, your government. We urge you to stand up and be counted, to answer the call of your Gazan colleagues and make your voice heard," the open letter implored.

The letter attracted nearly 1,000 signatures from academics all over the world, including Israeli academics. The website reported that three dozens of Israeli academics responded to this call and issued a statement regarding the Israel-Palestine issue. The Israeli academics said, "The signatories to this statement, all academics at Israeli universities, wish it to be known that they utterly deplore the aggressive military strategy being deployed by the Israeli government. The slaughter of large numbers of wholly innocent people is placing yet more barriers of blood in the way of the negotiated agreement which is the only alternative to the occupation and endless oppression of the Palestinian people. Israel must agree to an immediate ceasefire, and start negotiating in good faith for the end of the occupation and settlements, through a just peace agreement."

On Thursday night, Israel stepped up its offensive to include ground operations, sending thousands of troops into the embattled Palestinian territory. The death toll has now reached over 500 since July 7. Hacettepe University Rector Professor Murat Tuncer, who is one of the rectors signing the condemnation, spoke to Daily Sabah regarding the academic relations between Turkey and Israel.

Tuncer stated that Turkey and Israel's educational and academic relations have not been strong for a while due to the previous down in relations, but those universities that signed the condemnation are planning to suspend any offer of partnership or cooperation that may come from the Israeli universities that fail to condemn Israeli government.

Hacettepe rector particularly stressed that those 87 universities' reactions are against the Israeli government's policies, not against a specific religion or community. Tuncer further added that there are academics in Israel who are also against those attacks, but the Israeli government has turned a complete blind eye to these condemnations and persisted on its own aggression against Palestinian civilians.
Last Update: Jul 22, 2014 3:37 pm
RELATED TOPICS