Erdoğan: Gülenist purges from state apparatus will be expanded 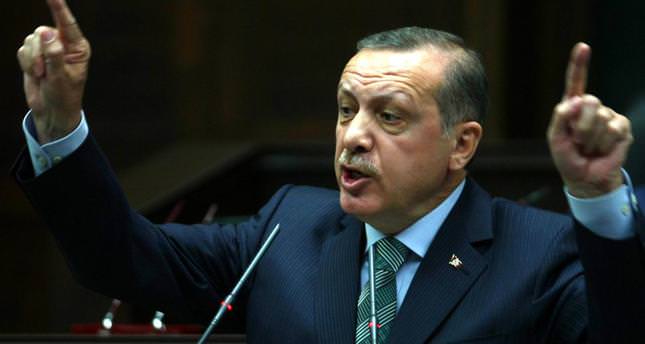 by Daily Sabah Jul 24, 2014 12:00 am
In his first reaction to the raids - in which over a hundred officers have been taken into custody for illegal wiretapping - Prime Minister Recep Tayyip Erdoğan hinted that the anti-Gülen probe would widen. "We are currently watching. We will all see what will come out of this," he told reporters at the Turkish Parliament. Asked if the drive to purge Gülenists from the state apparatus would be expanded, he replied "It looks like it, of course, of course." In a television interview on Monday, Erdoğan vowed bitterly that the fight against the Gülen Movement would continue "nonstop" while calling on the United States to extradite the self-exiled imam from his base in Pennsylvania. "I expect the U.S. to take a stance on the Gülen issue," Erdoğan said.

Furthermore, Deputy Prime Minister Bülent Arınç also stated that operations against Gülenists would continue in other bodies of the state. He added that there would be no peace with the movement before the government holds all stateinfiltrating persons accountable and that these people should give up having dreams of controling the state and seek amnesty from the government they tried to topple. Prime Minister Erdoğan has accused supporters of Gülen of holding excessive influence in the country's police and judiciary and of concocting the graft scandal to unseat him ahead of the local elections in March.

After 11 years in power which has seen his government tame the influence of the once-powerful military, Erdoğan has declared a war against Gülen, accusing him of running a structure placed within the state. Erdoğan also accused the Movement of being behind a series of montaged recordings posted on the Internet suggesting corruption by the prime minister and his family members. The Scientific and Technological Research Council of Turkey (TÜBİTAK) issued a report on the recordings, stating that the tape recordings posted on social media platforms allegedly belonging to the prime minister and his family were fabricated by electronically cutting and pasting different syllables from different speeches under a single pool of voice recordings.
RELATED TOPICS