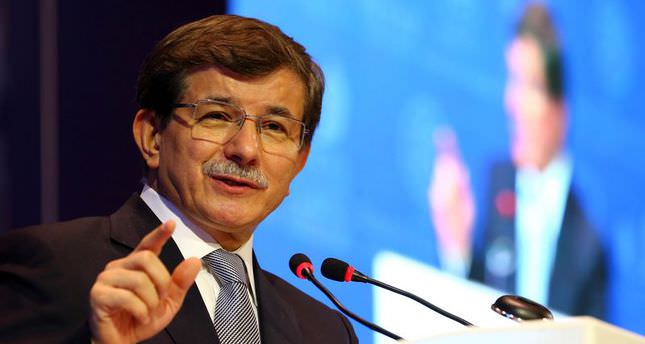 by AA Jul 25, 2014 12:00 am
Turkish Foreign Minister Ahmet Davutoğlu has left for Qatar to hold talks with his U.S., French and Qatari counterparts in an effort to reach a ceasefire between Israel and Gaza.

Davutoğlu was scheduled earlier to pay a visit to France. He postponed that trip and left for Qatar on Friday to contribute to ceasefire efforts as Gaza's total death toll since the beginning of the Israeli attacks on Palestine on July 7 has reached 807, according to the Palestinian Health Ministry.

Since July 7, Israel has pummeled the Gaza Strip-from air, land and sea-with the ostensible aim of halting Palestinian rocket fire.

According to official Israeli figures, 34 Israelis-32 soldiers and two civilians-have been killed since hostilities began.

Israel's operation "Protective Edge" is the self-proclaimed Jewish state's third major offensive within the last six years against the densely populated Gaza Strip, which is home to some 1.8 million Palestinians.

In 2008 and 2009, more than 1500 Palestinians were killed-the vast majority of them civilians-during Israel's three-week-long "Operation Cast Lead."