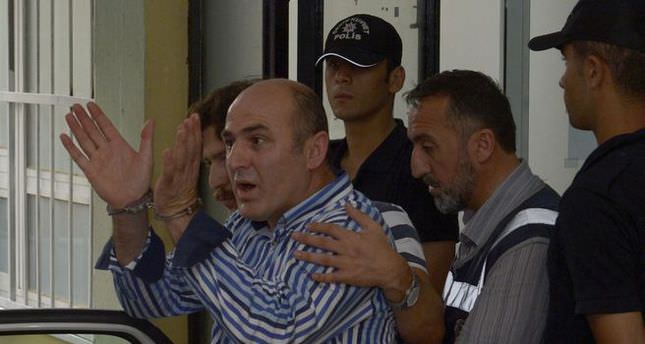 Striving to be seen as a community of helpers who provide education, the Gülen Movement infiltrated security institutions to gain influence, control the state and topple the elected government

The Gülen Movement, led by U.S.- based imam Fethullah Gülen, which has fought hard to portray itself as a civil society movement that aims to serve humanity, has been implicated in the illegal wiretapping of many people, including top statesmen.

Turkish police clamped downed on the movement's members, some of whom were working in police departments, detaining over 100 people last Tuesday. Fuat Ali Yılmazer, who oversaw intelligence for the Istanbul police and is accused of forming and leading a criminal gang, was among those formally arrested. Others are accused of illegal wiretapping, forging documents and espionage.

When a group of 49 detained Gülenist officers was taken to the courthouse on Saturday, they tried walking out of the building, claiming that their detention duration had exceeded the legal time limit, despite the fact that they were in the middle of a court process. The group's attempt to exit the courthouse was denied by police units at the scene.

Later, they staged a sit-in protest and some of them asked the identity of the police officers who encircled them and yelled threats at the officers who prevented their exit from the courthouse.

Turkish media reported that police officers who protested when they were handcuffed had received special instructions from Abdüllatif Tapkan, the movement's "imam" within the police force, to create the impression that the police officers are innocent and are being victimized. All of the officers who were arrested have adopted the same defense, claiming, "The thieves are free while we're being arrested." It was also reported that one of the officers had requested to be handcuffed from the back to make himself look like a victim.

At the same time, the Gülen Movement has started a social media campaign distributing handcuffed pictures of their members while posting provocative messages[PK1] .

According to reports, officers affiliated with the movement wiretapped and issued arrest warrants for 251 people, including Prime Minister Recep Tayyip Erdoğan, Turkish intel chief Hakan Fidan, Daily Sabah's Editor- in-Chief Serdar Karagöz and Daily Sabah's Ankara correspondent Ali Ünal, many members of the parliament and cabinet, for being members of the imaginary Tawhid-Salam terrorist organization. The prosecutor's office previously ruled there was a "lack of grounds for legal action" and dismissed the charges against all 251 people.

Turkish media has reported that Gülenist prosecutors and judges, who were involved in illegal activities, including coup attempts against the elected government on Dec. 17 and 25, will be the first targets of the upcoming operations.

In his first reaction to the raids, Erdoğan hinted that the probe into the Gülen Movement will widen. "We are currently watching. We will all see what will come out of this," he told reporters at the Turkish Parliament. Asked if the drive to purge Gülenists from state apparatuses will be expanded, he replied, "It looks like it will, of course, of course." In a television interview on Monday, Erdoğan vowed that the fight against the Gülen Movement would continue "nonstop" while calling on the U.S. to extradite the self-exiled imam. "I expect the U.S. to take a stance on the Gülen issue," Erdoğan said.

Erdoğan also stressed that the recent operations conducted against Gülenist police officers has opened a new chapter and will allow numerous yet unknown cases to be revealed. He said that supporters of the Gülen Movement specifically target and oppose national projects that will develop Turkey and contribute to its future. For instance, the third bridge along the Bosporus, the Canal Istanbul project and the high-speed rail projects have all been targeted while the defense industry consistently faces obstruction. "If the Turkish nation deems me worthy of becoming the president, I will continue my struggle with the same determination from the moment I become president," said Erdoğan, who signaled that provocations and intimidation will not stop the government from pursuing its projects.
Last Update: Jul 30, 2014 11:42 am
RELATED TOPICS