Erdoğan was warned about Gülen movement before 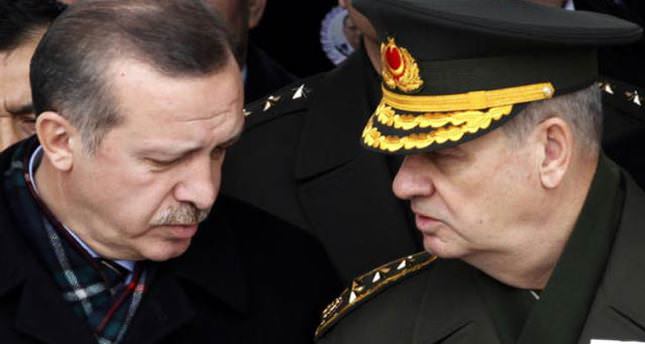 by Daily Sabah Jul 29, 2014 12:00 am
ISTANBUL— Erdoğan answered reporters' questions on Saturday on his way back to Istanbul from his campaign rally in the southeastern province of Diyarbakır.
Erdoğan stated "İlker Başbuğ, former chief of general staff, made an important remark when he was still on duty. He warned me about Gulen movement and said that what happened to us today, may happen to you tomorrow. His warning came up to be right, as a result Hakan Fidan conflict happened which was no ordinary situation."

Answering questions on whether he has seen Ali Fuat Yılmazer, former Istanbul police intelligence chief, as a threat, Erdoğan said that "There were some suspicions about him back then, but not that serious. Right now he puts a show with his handcuffs. He is involved in every illegal affair of Gülen movement's Istanbul wing."
RELATED TOPICS