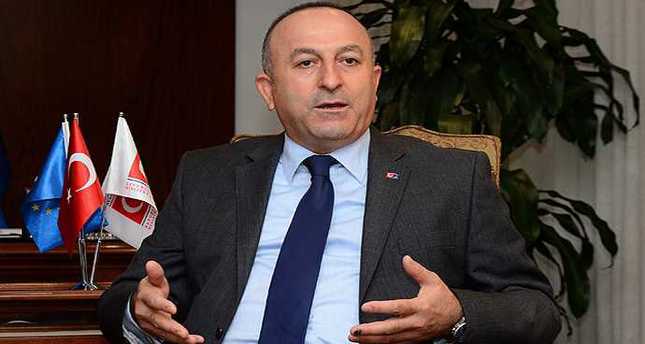 Turkey has become a stronger, more democratic, stable and modern country. In this sense, the EU accession process is undoubtedly a 'win-win' situation for both sides

The recent discussions in the EU and the statements by some European politicians on EU enlargement demonstrate that the value of enlargement is clearly being disregarded. However, this cannot change the fact that enlargement has been one of the most important foreign policy instruments throughout the history of the EU - enlargement policy has had a significant role in securing stability and peace on the European continent.

The recent developments in Ukraine and the Middle East clearly reveal that the EU cannot simply set aside its enlargement policy. Continuing with enlargement is essential to forming a stronger and more influential Europe.

One of the most salient issues in discussions on enlargement may just well be Turkey's accession to the EU. With a dynamic business environment, a young and skilled labor force and active foreign policy, Turkey has the potential to make Europe stronger, safer and more prosperous. Moreover, especially with the momentum of the EU accession process, Turkey has become a stronger, more democratic, stable and modern country. In this sense, the EU accession process is undoubtedly a "win-win" situation for both sides.

This awareness motivates us to determinedly continue the work on reforms to achieve EU standards. Following Prime Minister Erdogan's declaration labeling 2014 as Turkey's "Year of EU," the increased pace in the adoption of new reforms toward further democratization clearly demonstrates our determination in the accession process. The fifth and sixth Judicial Reform Packages and the Democratization Package adopted by Parliament, and the "Action Plan on Prevention of European Court of Human Rights Violations" adopted by the Council of Ministers have been manifestations of the government's steadfast commitment to political reforms. Furthermore, the official launch of the Visa Liberalization Dialogue, allowing Turkish citizens visa-free travel to the Schengen area, is a significant development in the accession process.

However, the reforms and transformation experienced in Turkey have not been sufficiently echoed in the negotiation process. Turkey has not only been obliged to fulfill the requirements for EU accession, but has also been forced to deal with practices and prejudices never faced by the earlier candidate countries. Due to the political obstacles set by certain member states, so far only 14 chapters have been opened to negotiations and 17 chapters remain blocked.

Furthermore, the Cyprus issue, a just cause in Turkey's foreign policy, also became a part of our EU accession process after May 1, 2004.
The stalemate over this issue continues to seriously hinder Turkey's accession process. Fourteen chapters are currently blocked by the Council or by the Southern Greek Cypriot Administration on grounds of the "Cyprus issue."

Despite all these drawbacks surrounding the accession process, we are ready to progress rapidly as soon as the political obstacles are lifted, since our efforts on all chapters are currently underway regardless of the obstacles. Turkey is committed to the EU accession process and our sole expectation from the EU is a fair and unbiased negotiation process, with a concrete timetable, as has been the case for all other candidate countries.
Last Update: Jul 31, 2014 1:58 am
RELATED TOPICS