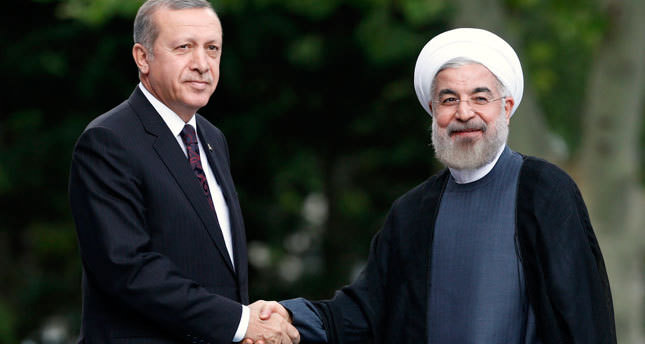 by Fatih Şemsettin Işık Jul 31, 2014 12:00 am
During a meeting in Vienna last week Iran and P5+1 states agreed to extend nuclear negotiations for four months. In the joint statement after the talks EU Foreign Policy chief Catherine Ashton said that there has been a tangible process but some of the core issues still have significant gaps which "will require more time and effort."

U.S. Secretary of State John Kerry and French Foreign Minister Laurent Fabius also cautioned that major differences on some critical issues still exist but noted the fact that there has been observable progress. While Kerry stated that stretching out the talks for four more months "is warranted by the progress that has been made and the path forward can be envisioned," Fabius emphasized Iran's need to make "indispensable choices" to reach a long term deal.

Experts state that one of the countries which will be affected by these talks is Turkey. Turkey hosted previous talks twice in Istanbul in 2011 and 2012. In fact, developing relations between Iran and Turkey are reflected in the political position of the latter regarding the nuclear issue. During Iranian President Hasan Rouhani's visit, his counterpart President Abdullah Gül stressed the significance of developing economic relations with the aim of "doubling trading volume by $30 billion." Concerning the Iran's nuclear program, Gül said "As long as [there is compliance] with international norms and cooperation with the IAEA [International Atomic Energy Agency], all of us have a right to use nuclear energy [peacefully]."

The mending of ties between Iran and the West with the latest developments in nuclear talks is an absorbing issue for the future of Turkish-Iranian relations. According to Abdullah Yegin, an expert on Iran at the SETA Foundation, even Turkey wants an agreement between Iran and the West concerning this nuclear program, where the two countries' relations are quite able to be affected by a third-side. "Whereas bilateral relations were going well, either the sanctions from the U.N. or the difference in both countries' approach on the Syrian issue impaired political and commercial relations. This also demonstrates that a probable intimacy of Iran and the West would bear fruits for Turkey because these problems are not sourced by one of the two countries," says Yegin. "The opinion of an isolated Iran would serve Turkey's purpose, because this nuclear issue must be questioned.

First of all, the removal of the possibility of Iran having a nuclear weapon would relieve Turkey remarkably. Secondly, [Iran] being out of the woods with the West, would make Iran a complementary partner of Turkey in the region. In the event of an Arab country's inclusion into this alliance, [establishing] order in the Middle East would be easier," states Yegin, who added that the removal of embargos on Iran would dramatically increase the level of Turkey's economic relations with the country.

Assistant Professor Bayram Sinkaya from Yıldırım Beyazıt University also draws attention to a mutual advance in negotiations between Iran and the West. "Such advancement would ease Turkey's job in making a choice between its neighbors and allies. As a result, by integrating regional and international politics, Iran would feature cooperation and stabilization in its policies rather than revisionist and contravening tendencies. Thus, it would benefit Turkey," says Sinkaya. "For instance, the congressional elections in the U.S. in November are a hot potato for Obama and he needs to demonstrate that Iran took concrete steps in negotiations. Likewise, Rouhani needs to convince the radical opposition in the country by taking concrete steps as well.

Accordingly, even that does not mean that both sides will succeed, countries will try to do their best until the next round of meetings," he notes. He also said that Iran, no matter what the outcome of negotiations turn out to be, will sustain and broaden its nuclear program. "Having an affirmative result from talks with the broadening of a nuclear program under custody, of course, is more favorable for Turkey and therefore, for the region," says the professor.
Last Update: Jul 31, 2014 9:34 am
RELATED TOPICS