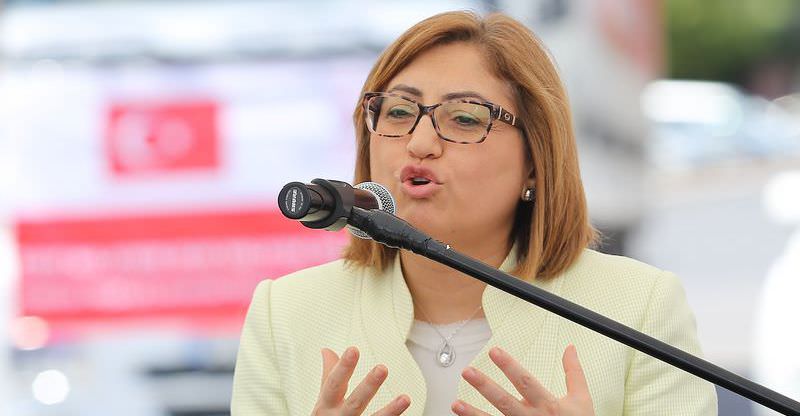 by Daily Sabah Jul 31, 2014 12:00 am
Fatma Şahin, who is currently the mayor of Gaziantep and Turkey's former minister of Family and Social Policies has filed a criminal complaint against agents of the Gülen Movement for unlawfully wiretapping her encrypted and personal phones along with the phones of other government officials including Prime Minister Recep Tayyip Erdoğan.

The complaint was submitted to the Istanbul Prosecutor's Office by Şahin's lawyer through the Ankara Prosecutor's Office, noting that Şahin was the minister of Family and Social Planning back then. It was expressed that Turkey is a secular and social democracy governed by the rule of law while highlighting the fact that the constituion states that the national will has absolute supremacy over everything else as long as it doesn't mitigate the rule of the constitution.

In the petition, it was stated that a number of public servants who had no authority or prerogative, had unlawfully wiretapped and recorded phone conversations between Recep Tayyip Erdoğan and Fatma Şahin under the scope of a criminal organization, referring to the Gülen Movement. The movement is led by Fethullah Gülen, who currently resides in the U.S. in self-imposed exile. Moreover, it was claimed that the movement violated numerous sections of the Turkish Penal Code including "invasion of private life and confidentiality of communications," "wiretapping and recording of conversations," as well as actus reus.

Şahin requested the filing of a criminal case against the perpetrators of the incident and demanded that they be penalized in line with the provisions of the Turkish Penal Code.