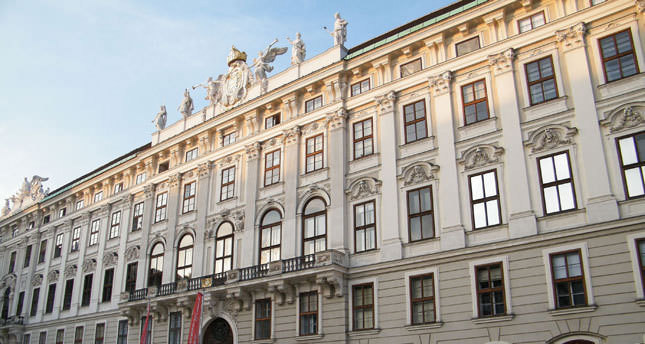 The Far-right Freedom Party's decision to forward 21-year-old Maximilian Krauss, known for his attacks on the country's Turkish minority, as its candidate for Vienna's school board has caused serious concern in the country.

A 21-year-old far-right candidate for Vienna's school board, known for his verbal attacks on Turkish minorities, is sending shockwaves through politics in the Austrian capital. The anti-immigrant Freedom Party has chosen Maximilian Krauss, a member of the extreme-right student group Aldania, as its candidate for vice president of the school board, which provides educational and psychological support for parents and students.

As the second largest party in the city council, it falls to the Freedom Party to make the appointment. Krauss is a highly controversial choice, known
notably for calling Vienna Mayor Michael Haupl the "mayor of the Turks [who] takes his orders directly from Ankara." He has demanded that "immigrants with Turkish blood [be] sent back where they came from," and called for foreign children to be put in separate classrooms because their German is not good enough. Mayor Haupl has threatened to veto Krauss' nomination, but the Freedom Party has warned it would appeal the move at the Constitutional Court.

The party, which is currently riding high in opinion polls, secured a strong showing in the European parliamentary elections in May, finishing third. Last month, leader of the Freedom Party, Heinz-Christian Strache, came out against PM Erdoğan's political rally in Austria that was held in June.

Ahead of the rallies on June 19 and 20 as part of his presidential campaign, Erdoğan addressed Turkish citizens living there. Strache, in an interview filled with racist sentiments, openly expressed his disapproval of Erdoğan's meeting in Austria and stated he was not welcome. "We also do not need Erdoğan in Vienna. I can tell him straight away: Erdoğan, stay home," Strache said, promising to "prevent Red-Green and Turkish road signs in Vienna" in the upcoming local elections when he will be running for mayor of Vienna. Noting Austria cannot ban Erdoğan's visit, Strache claimed that his visit was "a pure propaganda campaign for his Erdoganistan" and that Erdoğan wants to create a neo-Ottoman empire and "parallel societies in Vienna."