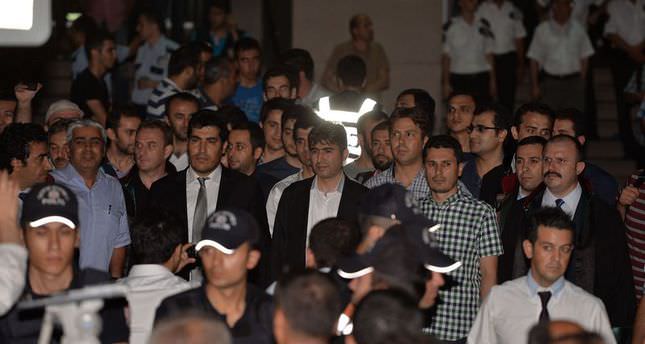 by Daily Sabah Aug 01, 2014 12:00 am
79 Gülen-linked police officers have been suspended from duty due to allegations of spying and illegal wire-tapping on Friday. 35 police officers were already suspended and some of whom were high-level officers such as Yurt Atagün, the former head of the Istanbul police's anti-terror department, Ömer Köse and Erol Demirhan. Ali Fuat Yılmazer, the former Istanbul Police Department Intelligence Bureau Chief retired recently. A total of 116 police officers have been detained and so far 31 have been arrested after accusations of spying and illegal wire-tapping.

Fethullah Gülen, is a controversial imam, living in rural Pennsylvania in self-imposed exile, who is at odds with the Turkish government over the influence he wields inside the Turkish police forces and top judiciary.