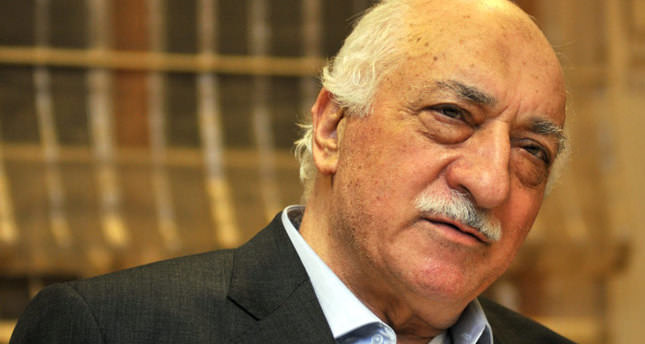 by Daily Sabah Aug 01, 2014 12:00 am
While the legal process continues against police officers linked with the Gülen Movement for alleged espionage activities, Turkish Prime Minister Recep Tayyip Erdoğan hinted that the Gülen Movement, which is accused of harming national security, will be added to Turkey's Red Book as a national threat if he is elected president.

Turkish National Security Council (MGK) is the supreme coordination board to develop national security policies and comprises the chief of staff, select members of the Council of Ministers, and the president of Turkey. The council's security policies, commonly known as "The Red Book," is updated every five years in line with new developments. The latest edition of this document was updated in 2010 and Erdoğan said several times that the Gülen Movement will be added to this list if he is elected president.

During the announcement of his presidential vision document that contains the things he pledges to do if he takes the presidential seat after the Aug. 10 presidential election, Erdoğan denounced the Gülen Movement, which infiltrated the police and judiciary with the aim of overthrowing the government through the Dec.17 and Dec. 25 operations, which were conducted under the guise of corruption and illegal wiretapping scandals against Erdoğan and his close family. He said, "If the Dec. 17 and 25 coup attempts were successful, we [key governmental figures] would now be standing trial. But we fight not for ourselves, but for the nation." In his speech Erdoğan also dared the Gülen Movement, saying that he will never let organizations and movements exploit religion if he gets elected president.

A week after Erdoğan described more clearly that the Gülen Movement will be added to the Red Book. "An organization that threatens our national security will, of course, take its place in the Red Book. The fight against this organization has become one of the priorities of the state," he said on a TV broadcast on July 20.
RELATED TOPICS