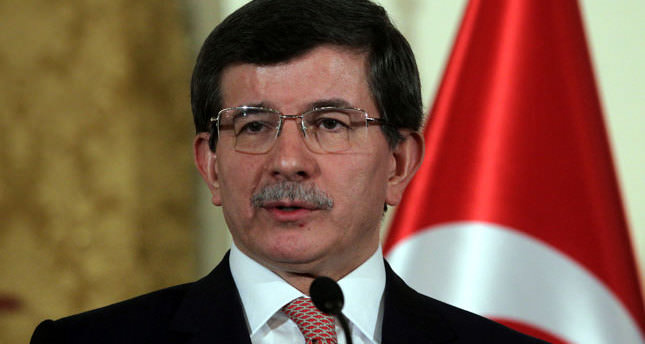 Turkish Foreign Minister Davutoğlu reiterated Turkey's strong support for the Palestinians, saying that it is one Turkey's core duties to stand together with the people of Gaza. "Until Gaza is peaceful, babies start sleeping in the arms of their mothers and Gazans are liberated, Turkey will continue its support for Gaza and Palestine," he added.

Minister Çavuşoğlu denounced Israel's operations and stated that Israel was violating International Law and human rights by negligently bombing
schools, mosques and residents killing hundreds of civilians. He continued by criticizing the "delay in reaction" against Israel's deadly operations saying "If this response had come earlier, so many innocent people, children and women would not have been killed."

Çavuşoğlu summoned the international community to increase efforts in stopping Israel's occupation on Gaza and reprimanded them for initially supporting Israel and only reverting once the death toll rose above 1,200 civilians. "Those now condemning Israel were initially sided with Israel. This unfortunately shows that they are applying double standards," said Çavuşoğlu.

The chief negotiator said that both Turkey and Prime Minister Recep Tayyip Erdoğan rejected anti-Semitism and regarded it as a crime against humanity emphasizing that Turkey was ready to contribute constructively if a lasting cease-fire took place.

All these deeds are atrocities and brutal." Arınç added: "It is state terror, a massacre. I know they [Israelis] do not love the word genocide, but there is no other word to describe Israel's deeds in Gaza."

In a statement released by the Turkish Foreign Ministry on Wednesday, it was stated that Israel had intensified its attacks despite calls and warnings from the international community.

The statement continued: "Israel knows no boundaries by targeting the only power plant in Gaza, U.N. schools, hospitals and mosques."
RELATED TOPICS