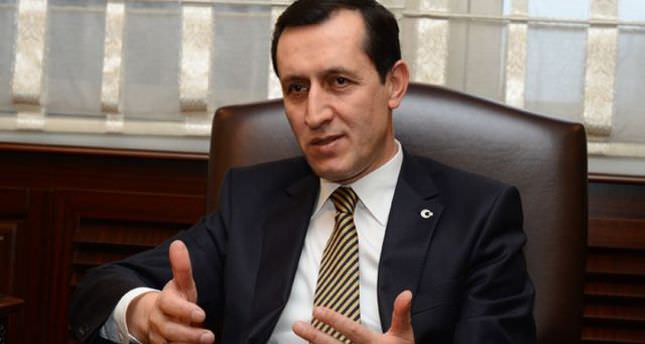 by Daily Sabah Aug 02, 2014 12:00 am
With less than one week left before Turkey's first-ever direct popular presidential election on Aug. 10, Turks living abroad have been experiencing the Turkish voting process in the countries in which they live for the first time. While Turkey's Supreme Election Board (YSK) proposed an appointment system to enable expat Turks to vote in consulates and embassies, most Turkish citizens living abroad have had trouble getting to designated voting places to exercise their democratic rights, according to Deputy Prime Minister Emrullah İşler.

Speaking in a televised interview aired by the Turkish Radio and Television Corporation (TRT), İşler said that the responsibility is on the YSK, and if the board agrees on a decision to ease making appointments and the voting process abroad, expat Turks could easily perform their democratic duty.
Saying that the participation of expat Turks in previous elections was around 5 percent, İşler expects more Turkish citizens residing abroad to participate in the upcoming presidential election.

İşler said that out of 3 million expat Turks, 240,000 made appointments to cast their vote. He added that there are some problems making appointments because the voting process for expat Turks is a new practice. İşler further said that expat Turks also have the right to vote at customs gates between July 26 and Aug. 10.

According to the YSK, Turkish citizens living abroad can vote on the day they made an appointment until Sunday (Aug. 3). The YSK indicated that Turkish citizens in Germany, Belgium, France, Holland, Israel, Switzerland, Italy, Northern Cyprus, Lebanon, Norway, Romania, Saudi Arabia and Turkmenistan will vote in the first round of the election between July 31 and Aug. 3. Turks who live in Canada, Australia and Russia will vote between July 31 and Aug. 2, while Turkish citizens in Bulgaria and Kazakhstan will vote between Aug. 1 and Aug. 3. Turkish voters who are not able to vote on the date for which they made an appointment can also vote at customs gates until Aug. 10.
Last Update: Aug 02, 2014 12:11 pm
RELATED TOPICS