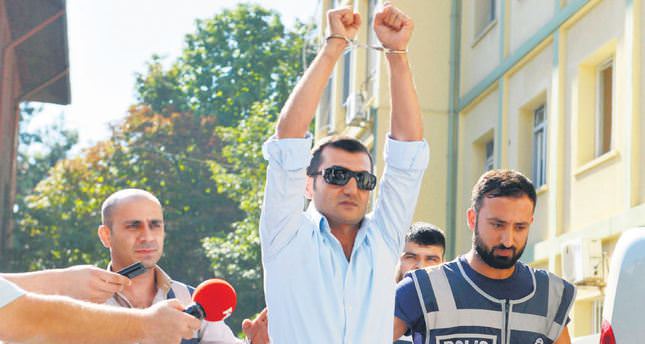 Police officers linked to the Gülen Movement engaged in illegal wiretapping activities in a systematic manner for the purpose of espionage, according to a report prepared by the Interior Ministry

A report prepared by the Interior Ministry's inspectors shows that dozens of police officers with alleged links to the Gülen Movement - led by the controversial U.S.-based imam, Fethullah Gülen - had illegally wiretapped thousands of people in a "systematic and organized" manner for espionage purposes. According to the inspectors' report, some officers were involved in such irregularities as tracking people's conversations, wiretapping, recording conversations and spotting the location of phone calls through GPS signals.

The 3,000-page-long report was first initiated in January, when a series of montaged recordings posted on the Internet falsely suggested corruption by the prime minister and his family members as part of a campaign to topple the democratically elected government. However, the Scientific and Technological Research Council of Turkey (TÜBİTAK) issued a report on the recordings, stating that the tape recordings posted on social media platforms were fabricated electronically by cutting and pasting different syllables from different speeches under a single pool of voice recordings.

The content of the report was revealed to media after Istanbul Police Department detained 115 Gülenist-linked police officers for their alleged wiretapping of thousands of prominent figures, including Prime Minister Recep Tayyip Erdoğan and Turkish intel chief Hakan Fidan for espionage purposes. Following their interrogation, an Istanbul court arrested 31 of the detainees, and another eight suspects were released pending trial.

Following completion of the report, the Interior Ministry sent it to the Istanbul Prosecutors' Office on May 14, which assigned prosecutors Orhan
Kapıcı, İrfan Fidan and Okan Özsoy to investigate the report prepared by its inspectors. Following an initial investigation, prosecutors decided to launch two separate investigations: "espionage" and "illegal wiretapping."

The ministry's report shows that the judiciary was misled after Gülen-linked officers allegedly wiretapped many people under different names and for made-up purposes, such as being a member of a terrorist organization.

The reason for the July arrests was outlined in a four-page document by the court, and it noted that numerous journalists, academics and writers
who were monitored, while 238 people, along with 13 pious foundations, associations, cultural centers, mosques and TV stations were also monitored.

The document stated that former AK Party deputy Faruk Koca's phone conversations with Energy and Natural Resources Minister Taner Yıldız and Turkish National Intelligence Organization (MİT) Undersecretary Hakan Fidan were wiretapped and their conversations were decoded into a text document. It was also noted that a significant portion of the aforementioned communications had serious importance in terms of state security, and must have been kept confidential.

It also pointed out that the printout of the wiretappings referred to Hakan Fidan as a terrorist with the code name "Emin."

Likewise, AK Party's Vice President Numan Kurtulmuş's phone conversations with his advisor regarding the coup in Egypt were also recorded and printed.

Findings suggest that it is impossible for the suspects to be unaware of the content of the recordings as they have worked for the police forces for a significant amount of time and have signed numerous documents requesting wiretapping and tracking. It was ruled that there is strong evidence that the suspects have intentionally committed a crime as they were aware of the content of the recordings and exposed state secrets with the purpose of military or political espionage.

Turkish media reported that Atayun, who is among 31 Gülenist officers arrested for illegal wiretapping activities, accepted to confess and reveal documents showing how Gülen-linked agents infiltrated state institutions, mainly the police department and judiciary. Following these allegations, media outlets of the movement started publishing reports claiming that websites published death threats to Atayun and that the Gülen Movement will be accused of the murder.

However, analysts say that the Gülen Movement, which allegedly orchestrated the coup attempts on Dec.17 and Dec. 25 in 2013, is actually threatening Atayun so he does not blow the whistle on the movement and if he does, he would be assasinated.

After 11 years in power that has seen his government tame the influence of the oncepowerful military, Erdoğan has declared a war against Gülen, accusing him of running a "state within the state."

During his presidential campaign rallies, Prime Minister Erdoğan continuously stated that the anti-Gülen probe would widen. "We are currently watching. We will all see what will come out of this," he told reporters at the Turkish Parliament. Asked if the drive to purge Gülenists from the state apparatus would be expanded, he replied, "It looks like it, of course, of course." In a television interview last week, Erdoğan vowed bitterly that the fight against the Gülen Movement would continue "nonstop" while calling on the U.S. to extradite the self-exiled imam from his base in Pennsylvania. "I expect the U.S. to take a stance on the Gülen issue," Erdoğan said.
Last Update: Aug 02, 2014 11:26 am
RELATED TOPICS