Erdoğan will be elected president after the first round of elections 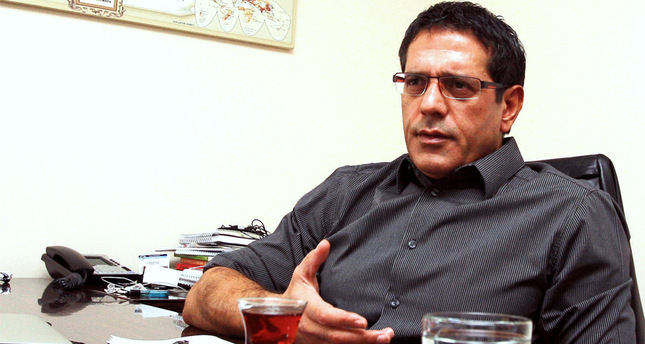 According to researcher Dr. İbrahim Dalmış, Turkey’s ruling AK Party is the dominant party of Turkey, and there are no signs of change in the short and medium terms as left-wing movements are far from forming a government with their controversial ideologies

With one week remaining until the presidential elections, the AK Party's candidate, current Prime Minister Recep Tayyip Erdoğan, seems to be the most probable president. On the other hand, topics such as the future of the party and the new leader's possible policymaking are also compelling. We sat down with Dr. İbrahim Dalmış, a social psychologist and the general director of Pollmark—one of the leading research companies that has accurately predicted the results of elections since it was founded.

• One of the most important statements of the joint candidate Ekmeleddin İhsanoğlu is that he is an "objective" and "suprapolitical" candidate. As it is claimed, do the people really want an objective president?

The terms objectivity and suprapolitical, which are imposed to us as indispensible, are social presuppositions, which have tried to be implemented by the state since 1960. In Turkey, the president's relations with his political party have always been maintained since 1960. This system was called the "Party Member President." Because continuing relations of presidents with their parties meant a connection with the people, the term "suprapolitical president" was created. The point of this is to sever the ties between the president and the people.

• What does the future hold for the AK Party, if Erdoğan is elected as president? Are there any dangers for the party, such as dissolution, after the departure of an influential leader as Erdoğan?

It is an undeniable fact that Erdoğan is an influential leader, however, I think that the AK Party is a highly institutionalized political party that has its own cultivated staff. Nevertheless, important figures that are members of Parliament for the third term will not be able to participate in the 2015 elections, which undermines the party. I think that the AK Party will continue to survive by shared wisdom without facing the threat of dissolution due to the fact that it has its roots in a 40-year-old political tradition.

Also, I think that it is unnecessary to discuss who will be the prime minister and the chairman of the party until the election results are final. The new prime minister will probably be one of the names who the people currently talk about. We also didn't include these questions in our research to focus on the presidential elections.

• What kind of a politician do you think the chairman of the AK Party should be, after Erdoğan's departure?

I think he should be a person who has a different style of policymaking than Erdoğan. A person who is an intellectual or who has a different style of speech with potential leadership qualities would be better. Otherwise, there may be a conflict of styles. I think that a person who doesn't resemble Erdoğan will fit better. It is not right to think of the new chairman as a copy of Erdoğan, it should be a different person. The AK Party already has a vision regarding the future. A person who will follow this vision but is not a copy of Erdoğan will be the best choice.

• How do you evaluate the oppositions' and joint candidate's election strategy?

There is an ongoing tension in the society, and this tension resulted in high participation in local elections. This tension was motive for people who didn't usually vote, to cast their ballot. This led to an all-time high participation of approximately 90 percent. The institutions that effect people the most in their daily lives are local administrations. This is another reason for the high rate of participation.

Presidency is not an institution that is directly involved in people's daily lives. Most of the pressure due to the social polarization has been eliminated in the local elections. Also, the CHP and MHP focus on preventing Erdoğan's presidency, rather than having İhsanoğlu elected. The thing about the elections is, you need to give hope to your target audience, and your election campaign must be positive. In this manner, I don't think the CHP and MHP voters will be motivated to cast their vote in the elections. I estimate that the participation will be approximately 80 percent.

• Who do you think the Kurdish voters will support?

The most important factor, which will determine the Kurdish votes, will be the reconciliation process. According to our studies, Kurdish voters perceive Erdoğan as the most important actor of the process. Another important point is Erdoğan's image being more favorable among Kurds than his party, by a margin of 7–8 percent. Therefore, Erdoğan will get more votes from the east and southeast than from his party. Selahattin Demirtaş is a figure sympathized by Kurds, however, I don't think he has much chance against a prominent political figure as Erdoğan. Demirtaş will get votes similar to his party, the HDP.

Absolutely, yes. I can even say that the AK Party will emerge victorious from the 2015 elections. The number of members of parliament may be subject to a change, however, the AK Party will be forming the government.

A dominant party is a party that emerges victorious continuously from fairly held and multiple party participated elections. This defines the process we are living in. The continuity of the dominant party relies upon preservation of the ability to represent and the opposition parties' inability to perform well enough to form a government. This is what is happening in Turkey, at the moment. The AK Party's dominant party process will continue to exist in the immediate future.

• According to this, are you saying that leftist movements don't have a chance to form a government?

Since Turkey's transition to a multi-party system, none of the leftist parties were able to form a government by themselves, and there is no chance of Turkey's left-wing movements forming a government, due to their current structure and ideology.

When we look at the history of elections in Turkey, we can see 70 percent of the voters are rightwing, while 30 percent are left-wing. Also, there isn't any transitivity between left-wing and right-wing voters. We see that the changes are parallel between both of them; both of them rise and fall simultaneously, not apart from each other.

Right-wing and left-wing identities are present in Turkey. In the long term, people determine their voting habits according to these identities. In the current situation, it is highly improbable for leftwing parties to form a government.

• If Erdoğan is elected during the first round of the election, what will be the effect of this on the opposition parties?

Erdoğan being elected in the first round will result in despair for the opposition parties. The joint candidate was mostly a CHP project, and its failure will escalate the internal strife in the CHP. After the elections, in the case of getting less than 40 percent of the votes, internal opposition to Kemal Kılıçdaroğlu will grow. This may even be the downward spiral for Kılıçdaroğlu.

Beyond the change of the chairman, I predict that the party will return to its former Kemalist and secular ways because Kılıçdaroğlu's statement of the new CHP lacks support. He could not achieve the transformation from old to the new. So, I think the reflex of turning to the old ways will be dominant. In a way, the understanding of surviving as a pressure group will seem to be more reasonable to the CHP.

• In which ways will the polarization change after the elections?

Previously, polarization in Turkey was explained as a regional polarization between the east and west. This has changed totally in the last few years. There are as many AK Party voters as CHP voters in the Aegean region. This shows that there isn't any regional polarization. On the other hand, there is an extreme partisanship. A strong government presence and opposition parties' tones and statements, unfortunately, escalate polarization. Opposition parties try to mobilize their voter bases mostly with their anti-AK Party statements. Also, the AK Party is addressing not the whole country, but only 70 percent of it. This 30 percent that is not addressed by the AK Party see themselves as the owners of the country, and when they become restless, the army would come into the equation by either suspending democracy or adjusting it. This means that, whatever was the result of the election, they were feeling dominant. Now they have started to comprehend that they have to create opposition. The opposition style of one that believes it has the monopoly of political truth and is more competent than the ruling party is like this. From now on, I think that the opposition will become more rationalized, thus, the polarization will see a decrease.