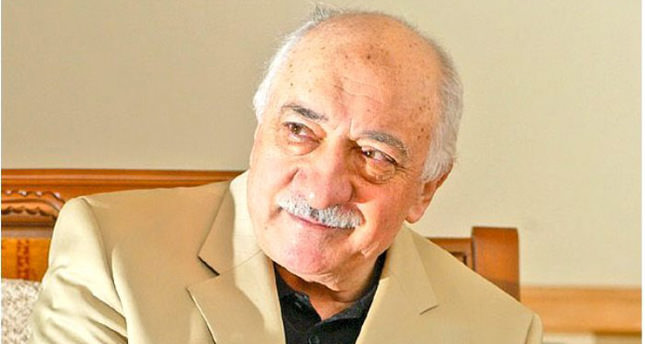 The Istanbul Prosecutor's Office asked the court to reconsider the release of 38 Gülenist police officers, who are accused of espionage activities against the state, for posing a clear and present danger to national security

Following their questioning at Istanbul Police Department, some of the Gülen Movement linked suspects -- who were detained in the second wave of espionage investigation -- were referred to an Istanbul court on Wednesday afternoon.

İrfan Fidan, an Istanbul prosecutor who is investigating the espionage activities of officers linked with the Gülen Movement, demanded that the Istanbul 1st Criminal Court arrest 38 suspects who were released after being detained during the major police operation on July 22.

In a petition submitted on Tuesday, Fidan requested the court arrest the released officers, claiming that he and two other prosecutors were only able to examine two of seven hard disks that police had seized during the raids. A total of 115 suspects were taken into custody for their alleged role in illegal wiretapping activities for espionage purposes. However, only 31 suspects were arrested by the court, eight others were released pending trial and 76 others were released with no charges against them. A report prepared by the Interior Ministry's inspectors showed that dozens of police officers with alleged links to the Gülen Movement - led by U.S.-based imam Fethullah Gülen - had illegally wiretapped thousands of people in a "systematic and organized" manner for espionage purposes.

According to the inspectors' report, some officers were involved in irregularities like tracking people's conversations, wiretapping, recording conversations and spotting the location of phone calls through GPS signals. The ministry's report shows that the judiciary was misled after Gülen-linked officers allegedly wiretapped many people under different names and for made-up purposes, such as being members of a terrorist organization. The reason for the July arrests was outlined in a four-page document by the court where it noted that numerous journalists, academics and writers were monitored, while 238 people, along with 13 religious foundations, associations, cultural centers, mosques and TV stations were also monitored.