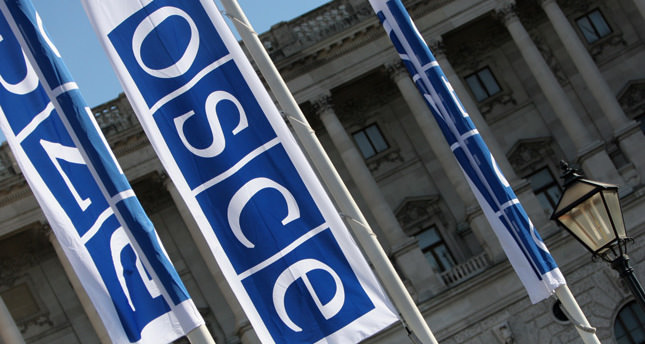 by M. Akif Madenoğlu Aug 08, 2014 12:00 am
While millions of Turkish Citizens are preparing to go to the polls on Aug.10 for Turkey's first direct presidential election, Turkey is welcoming observers from different institutions from Europe including the Parliamentary Assembly of the Council of Europe (PACE) and the Organization for Security and Cooperation in Europe (OSCE).

According to Supreme Board of Elections (YSK) data, 51,980,193 voters in Turkey are eligible to go to the polls and 8 percent of the 2,722,981 eligible voters abroad have already voted. The upcoming election will be conducted by four levels of administration: YSK, Provincial Electoral Boards, District Electoral Boards, and Ballot Box committees from top down. The president will be elected by receiving an absolute majority of a vote, and there will be a second round of voting two weeks later if no candidate receives an absolute majority in the first round. A new amendment in the Constitution reduces the length of presidential terms to 6 years and enables the re-election of the president to a second term. The PACE commission also has a favorable opinion of limiting campaign funding to individual donations. OSCE also carried out pre-electoral meetings with several prominent figures from state officials, politicians, media, and NGO's including YSK head Sadi Güven, Transparency International's Oya Özarslan, Human Rights Association President Öztürk Türkdoğan and others. The OSCE published a report after their visit that said, "The majority of OSCE/ODIHR NAM [Office for Democratic Institutions and Human Rights Needs Assessment Mission] interlocutors expressed a certain level of confidence in the electoral process and referenced the country's long-standing tradition of democratic practices," and also mentioned in the report that OSCE welcomed the Turkish government's permission to use other languages besides Turkish while campaigning.

The OSCE and PACE declared that a commission will be sent to observe the Aug. 10 election after an official invitation from the Republic of Turkey. A day after the election the OSCE and PACE will organize a joint press conference to reveal their preliminary findings and conclusions on Aug. 11. The OSCE had been pointed out that Turkey is a democracy with free and fair elections and reported that "Turkey's well-managed, democratic elections demonstrated pluralism."
RELATED TOPICS