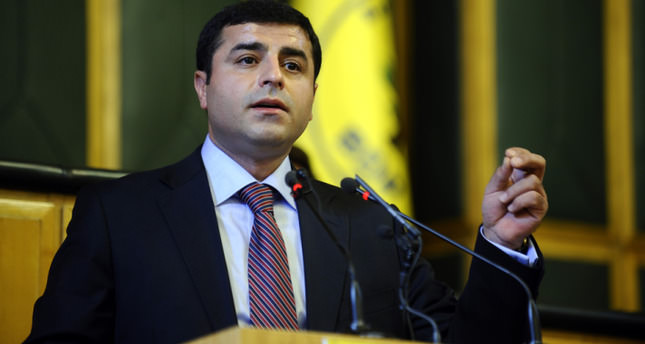 by Aug 08, 2014 12:00 am
With a dynamic youthful candidate, Turkey's main Kurdish political force is seeking to broaden its appeal in the presidential election where the votes of the Kurdish minority are set to play a crucial role. Selahattin Demirtaş, a 41-year-old lawyer, put forward by the pro-Kurdish People's Democracy Party (HDP), is hoping to win support not just from the 15 million strong Kurdish minority in Sunday's election but also ethnic Turks. With his wide telegenic smile, Demirtaş cultivates the image of a western European politician that extended in this campaign to meeting voters while riding a bicycle. A passionate musician, he can sing without causing embarrassment and is also frequently filmed playing the saz, a Turkish folk lute. His emphasis on a multicultural Turkey, women's equality and, in an extremely unusual move for a Turkish politician, gay rights, has made his candidacy appealing to secular left-wing Turkish citizens of all ethnicities. Demirtaş is still expected to trail third behind Prime Minister Recep Tayyip Erdoğan and Ekmeleddin İhsanoğlu since the ruling Justice and Development Party (AK Party) is supported by many Kurds for its cautious granting of greater rights to their community. Yet whether Demirtaş breaks into double figures could be crucial in determining whether Erdoğan requires a run-off against his main rival Ekmeleddin İhsanoğlu on Aug. 24. Should the poll go to a second round, Kurdish votes will be even more highly valued. Calling for a "new life" in his election manifesto, Demirtaş presented a highly progressive agenda and said his candidacy was not just for a new president but a "proposal for rebuilding our union on an equal footing." İlhan Kaya, an academic at Istanbul's Yıldız Teknik University, said Demirtaş was adopting a different political profile to the other two candidates.
RELATED TOPICS