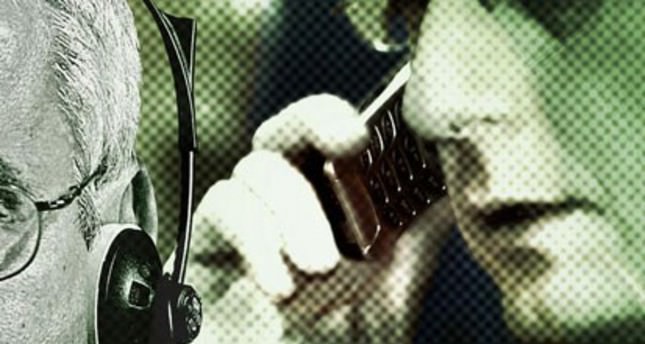 by Daily Sabah Aug 08, 2014 12:00 am
Transport, Maritime and Communications Minister Lütfi Elvan stated on Wednesday that wiretappings decreased by 74 percent compared to the first six months of 2013 according to official data, after investigations were started against the Gülen Movement's - led by U.S.-based controversial imam Fethullah Gülen - members in the judiciary and police department.

Around 290,000 people were wiretapped by court decision between January and July 2013, a number which has decreased by 74 percent to 76,000 people in the first six months of this year. Minister Elvan said, "Courts are more careful while evaluating wiretap demands, with a high percentage of requests rejected. After the new regulations are imposed, courts need strong evidence to be able to make a decision on approving a wiretap."

The Turkish government took action against illegal wiretappings after the Dec. 17 and Dec. 25 judicial coup attempts with new regulations imposed on the Presidency of Telecommunications in order to make it more difficult to wiretap.

According to regulations, wiretappings can only be carried out after a unanimous vote by at least three judges at the High Criminal Court.

Prime Minister Recep Tayyip Erdoğan emphasized this issue last week and stressed that Turkey's Telecommunications Authority (TİB) should be abolished in order to avoid these illegal wiretappings. "We may abolish TİB," Erdoğan said, articulating the fact that the National Intelligence Organization (MİT) already handles the work of the TİB and added that he is in favor of transferring TİB under the authority of MİT as an institution.

Turkey's telecommunications authority was originally designed by agents of the Gülen Movement according to sources, and it is claimed that the compound was chosen by them while an exclusive system was designed to make sure that the movement's agenda was not revealed through the system.

For instance, the latest shuffle in the TİB's presidency did not stop the movement from by-passing the system as they continued to delete wiretapping recordings which had previously been set by an automated system.

Currently, the government's main concern is that the opaque nature of the TİB allows agents to infiltrate the institution and exploit its resources to their advantage, something that came to light through the discovery of tens of thousands of wiretappings which were conducted by the Gülen Movement. Therefore the establishment of a transparent and auditable structure is highly emphasized by the government to ensure such unlawful acts do not take place in the future.

Erdoğan recently requested the extradition of Fethullah Gülen both privately and publicly from the Obama administration and accused Gülen of plotting a judicial coup against the Turkish government before the local elections last March.
RELATED TOPICS