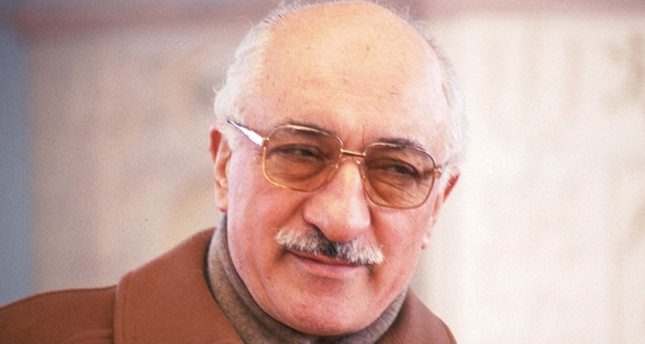 by Daily Sabah Aug 09, 2014 12:00 am
An Istanbul court has arrested four more Gülen-linked police officers, who are accused of illegal wiretapping for espionage purposes, increasing the number of arrested police officers to eight in the second wave of the investigation. The arrest of four officers came a day after four other officers linked to the movement - led by controversial US-based imam Fethullah Gülen - were arrested on Thursday.

A total of 33 people were detained in the second wave of the investigation looking into Gülenists' espionage activities through illegal wiretapping, and only eight were arrested, while the rest were either released by a prosecutor or by the court. The operation started with an early morning raid on a police lodging in Istanbul, but raids were also carried out in cities in the Kurdishmajority southeast including Diyarbakır. Tuesday's operation followed the first wave of nationwide detentions in late July that saw a total of 31 police officers and chiefs arrested. Over 100 police officers were detained on July 22.

The criminal investigation will turn its focus to suspects in the judiciary. Prosecutors and judges who became involved in illegal activities, including coup attempts against the elected government on Dec. 17 and 25, spying on state institutions and threatening state security, will be the first targets of upcoming operations, reports claimed. It is also now being reported that the government's fight will turn to Gülenists in the judiciary, as well as prosecutors who ruled there was a "lack of grounds for legal action" in nine cases opened against Gülen. These prosecutors are accused of avoiding a detailed investigation into cases against Gülen. The operation will target Istanbul's specially authorized prosecutors Sadrettin Sarıkaya and Bilal Bayraktar, who issued an arrest warrant for Hakan Fidan, the head of the National Intelligence Organization (MİT), accusing him of espionage and holding meetings with PKK leader Abdullah Öcalan and other PKK members.

A report prepared by Interior Ministry inspectors shows that dozens of police officers with alleged links to the Gülen Movement had illegally wiretapped thousands of people in a "systematic and organized" manner for espionage purposes. According to the inspectors' report, some officers were involved in irregularities like tracking people's conversations, wiretapping, recording conversations and spotting the location of phone calls through GPS signals. Erdoğan recently requested the extradition of Gülen both privately and publicly from the Obama administration and accused Gülen of plotting a judicial coup against the government before the local elections last March.
Last Update: Aug 10, 2014 9:40 pm
RELATED TOPICS