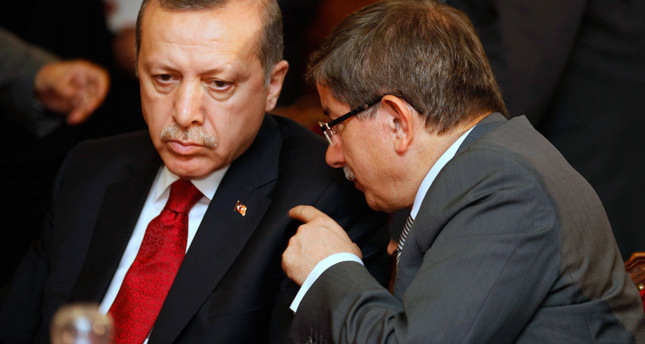 by Daily Sabah Aug 09, 2014 12:00 am
Prime Minister and Justice and Development Party (AK Party) presidential candidate Recep Tayyip Erdoğan is scheduled to hold the last rally of his presidential campaign in the central Anatolian city of Konya on Saturday.

Konya, which is the hometown of Foreign Minister and Konya Deputy Ahmet Davutoğlu, is expected to welcome Erdoğan's rally. In the March 30 local elections, Davutoğlu held a rally in Konya on behalf of Erdoğan, who lost his voice during the local election campaign, and Davutoğlu's rally performance was praised by AK Party supporters.

Saturday's Konya rally has aroused questions whether Davutoğlu may take the prime ministry post if Erdoğan wins the presidential election on Aug.10. Circles close to the AK Party implied that Davutoğlu is among the possible candidates for the prime ministry and AK Party leadership after the election.

During his Konya rally, a huge crowd of AK Party supporters is expected to welcome Erdoğan. The AK Party candidate is scheduled to speak about his pledges should he be elected as president, as well as the municipality services of the AK Party in Konya.

Sorgun noted that AK Party election rallies have recently turned into gatherings likened to festivals in Konya, and Konya residents want to break the record both in voting and in voting results. On Friday, Erdoğan stated, in his central Anatolian city of Kayseri rally, that the AK Party will never give credit to those who are trying to flare-up a conflict within the AK Party in a possible post-Erdoğan period. He alleged that certain circles tried to create sedition within the AK Party, but they have failed due to the AK Party's strong principles. "There is no 'me' in our principles, but there is 'us,' " said the AK Party presidential candidate.