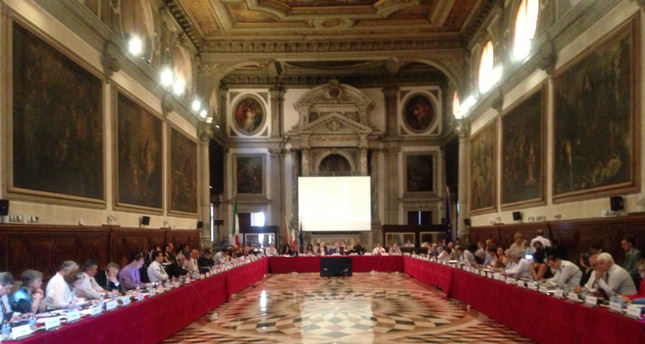 by Ali Ünal Aug 09, 2014 12:00 am
Turkey's historic presidential election will take place this Sunday and for the first time in the Republic of Turkey the president will be directly elected by the people. The latest polls suggest that the ruling Justice and Development Party's (AK Party) presidential candidate and Prime Minister Recep Tayyip Erdoğan will be elected in the first round of the election.

Whereas the nature of Turkey's new constitution attracts attention. As president of the Council of Europe's advisory body on constitutional matters, Buquicchio said that the Venice Commission does not impose specific models. "Each country is different and constitutions have to reflect the situation in the country and the consensus at the national level. Turkey can and should make its own choices within the limits of European standards. It is my understanding that the intention is to prepare a more democratic constitution that better protects individual rights. The current Constitution, prepared during a period of military rule, puts the state at the center and aims to protect the state from its citizens. In the future, the individual and the protection of his or her rights should be the focus of the Constitution," Buquicchio told Daily Sabah.
RELATED TOPICS