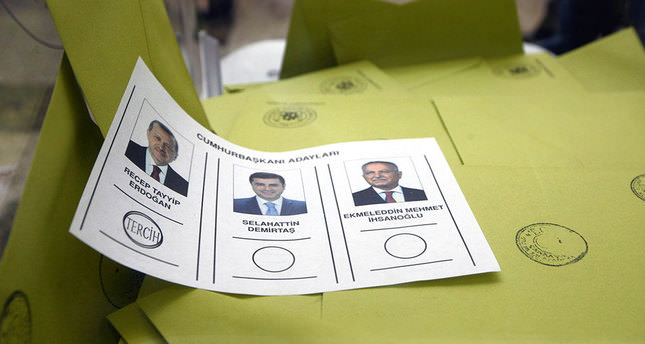 by Daily Sabah Aug 10, 2014 12:00 am
Election results are being announced as over 45 per cent of the ballot boxes have been opened throughout Turkey in its first popular presidential elections.

Currently, AK Party's candidate Recep Tayyip Erdoğan is leading the elections with over 55 per cent of the votes, followed by opposition's joint candidate Ekmeleddin İhsanoğlu at 35,5 percent and People's Democratic Party's candidate Selahattin Demirtaş with about 8 per cent.