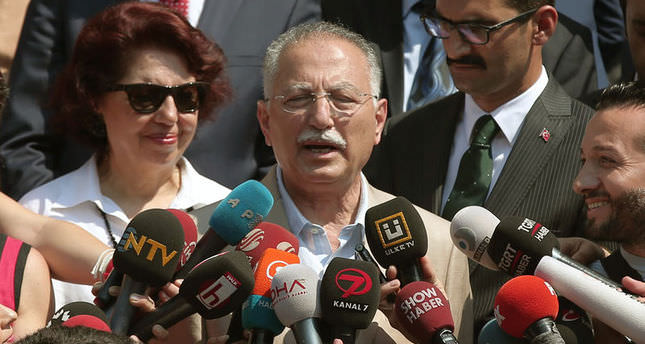 Ekmeleddin İhsanoğlu congratulated Erdoğan and wished him success, in a concession speech in Istanbul late Sunday.

He said unofficial results showed he had won about 40 percent of the vote, which he claimed was a significant amount: "Dear friends, I received about 39 percent of the votes and this is crucial as about a month ago when we first started our election campaign people claimed that nobody knew about me" said İhsanoğlu, who argued he was not a loser in the election and considered the figures to be a victory.

Erdoğan was shown as winning about 52 percent, according to the chairman of Turkey's Supreme Electoral Board (YSK).