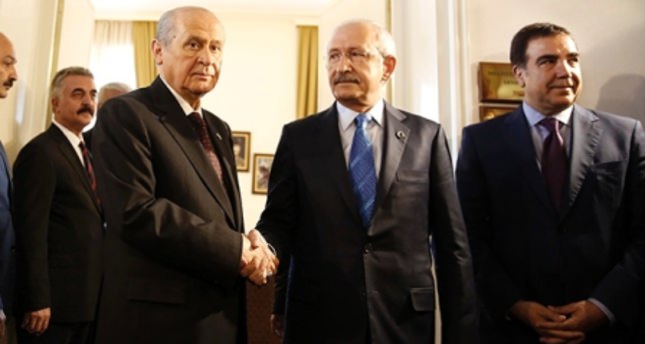 by Daily Sabah Aug 10, 2014 12:00 am
As over 90 percent of the ballot boxes are revealed in Turkey's first popular presidential elections, remarkable evaluations can be made about the opposition's overall votes as they have greatly lagged behind when compared to the March 30 local elections.

Erdoğan has significantly increased his support base as he received over 53 percent of the vote compared to 45,5 percent in the local elections while the overall total of both İhsanoğlu and Selahattin Demirtaş's votes equal to 46%.

The opposition's joint candidate Ekmeleddin İhsanoğlu has widely been criticized by many for failing to meet the expectations of MHP and CHP's support base who have significantly differing ideologies.