Votes are counted as the nation awaits its new president 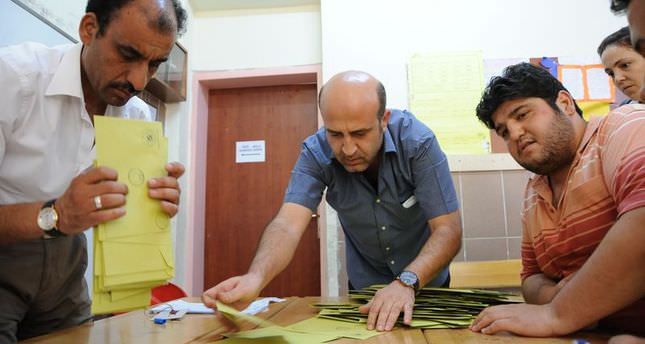 by AA Aug 10, 2014 12:00 am
Vote counting is underway in Turkey following the country's first election of a president by popular vote.

A total of 161,033 ballot boxes were opened throughout Turkey on Sunday morning for the election, which is widely seen as a referendum on the leadership of the most prominent candidate, incumbent Prime Minister Recep Tayyip Erdogan.

More than 53 million Turks were eligible to vote. Turkish presidents have previously been elected by the country's parliament.

The poll followed a constitutional change approved in a 2010 referendum, in which the powers of the presidential office were enhanced and the election of the president by popular vote was instituted.

The campaign has centered largely on the record of 60-year-old Erdoğan -- Turkey's leading political figure for more than a decade.

The former head of the Organization of the Islamic Cooperation, Ekmeleddin İhsanoğlu, 70, was the joint presidential candidate for Turkey's main opposition Republican People's Party and the Nationalist Movement Party.