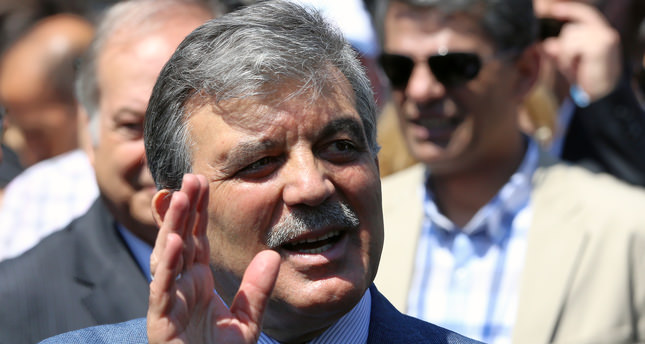 by Daily Sabah Aug 11, 2014 12:00 am
Turkish outgoing President Abdullah Gül addressed journalists at a reception held in the presidency Çankaya Monday afternoon signaling his return to the ruling Justice and Development Party, AK Party, after handing his title over to President-elect Recep Tayyip Erdoğan on 28 August.

" It is only natural that I return to my party, I am its founder, its first prime minister and first president," said Gül.

Praising Turkey for the changes it adopted in the past twelve years Gül added " I believe that Turkey will continue its journey in an influential manner".

Gül reminded journalists that he will be in office until 28 August serving the nation as president, before handing over the Turkish presidency to Erdoğan who won the presidency elections with a major 52 percent.

Abdullah Gül is the 11th president of Turkey, one of the founders of the ruling Justice and Development Party and a good friend of President-elect Erdoğan.