Turkey deals with Iraq, not with ISIS, says energy minister 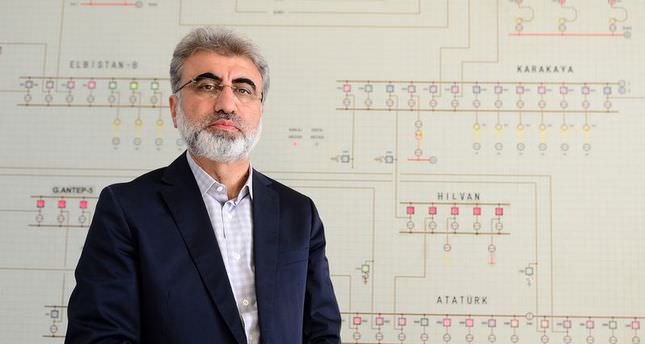 by AA Aug 11, 2014 12:00 am
Turkey doesn't take ISIS threats concerning the Ataturk dam seriously, said Turkish energy minister on Monday in Ankara, responding to a warning issued by the ISIS that they would invade Istanbul should Turkey continue to hold water in the Euphrates river in southeastern Turkey via the Ataturk dam.

In the first part of a five-episode documentary about the ISIS - formerly known as Islamic State of Iraq and Al-Sham or ISIS - published on Saturday by Vicenews - an international news website - a spokesman, Abu Musad, openly threatens of invading Istanbul if Turkey doesn't open the Ataturk dam and allow water to flow downstream in order to reach ISIS-controlled areas in Iraq.

He tells the correspondent: "If they do not consider it now, we will consider it for them by liberating Istanbul."

Turkish Energy Minister Taner Yildiz replied: "Turkey makes its own decisions about energy policy. I do not take it seriously as Turkey sees Baghdad as the partner to negotiate with."

He added that Ataturk dam currently produces 1200 megawatts of electricity. The dam sits on the Euphrates river and was built in 1990.

Armed groups linked to the ISIS captured the regions of Sinjar and Rabia in the northern Nineveh province of Iraq last week following fierce clashes that forced thousands of Iraqis including Turkmen, Arabs and Ezidis to flee.

The violence in Iraq escalated in early June after a coalition of armed groups linked to the ISIS took control of large swathes of the country's predominantly Sunni provinces.